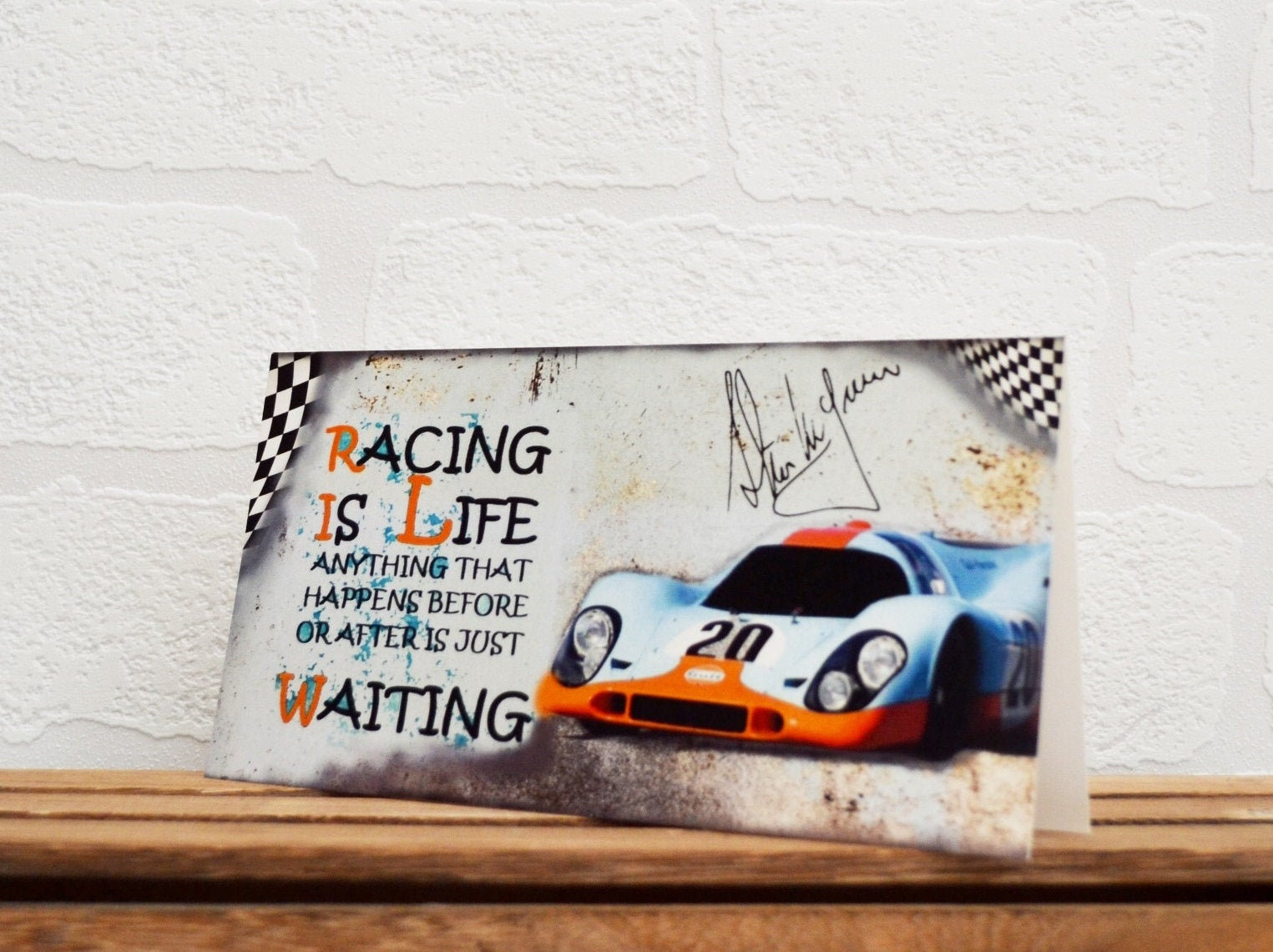 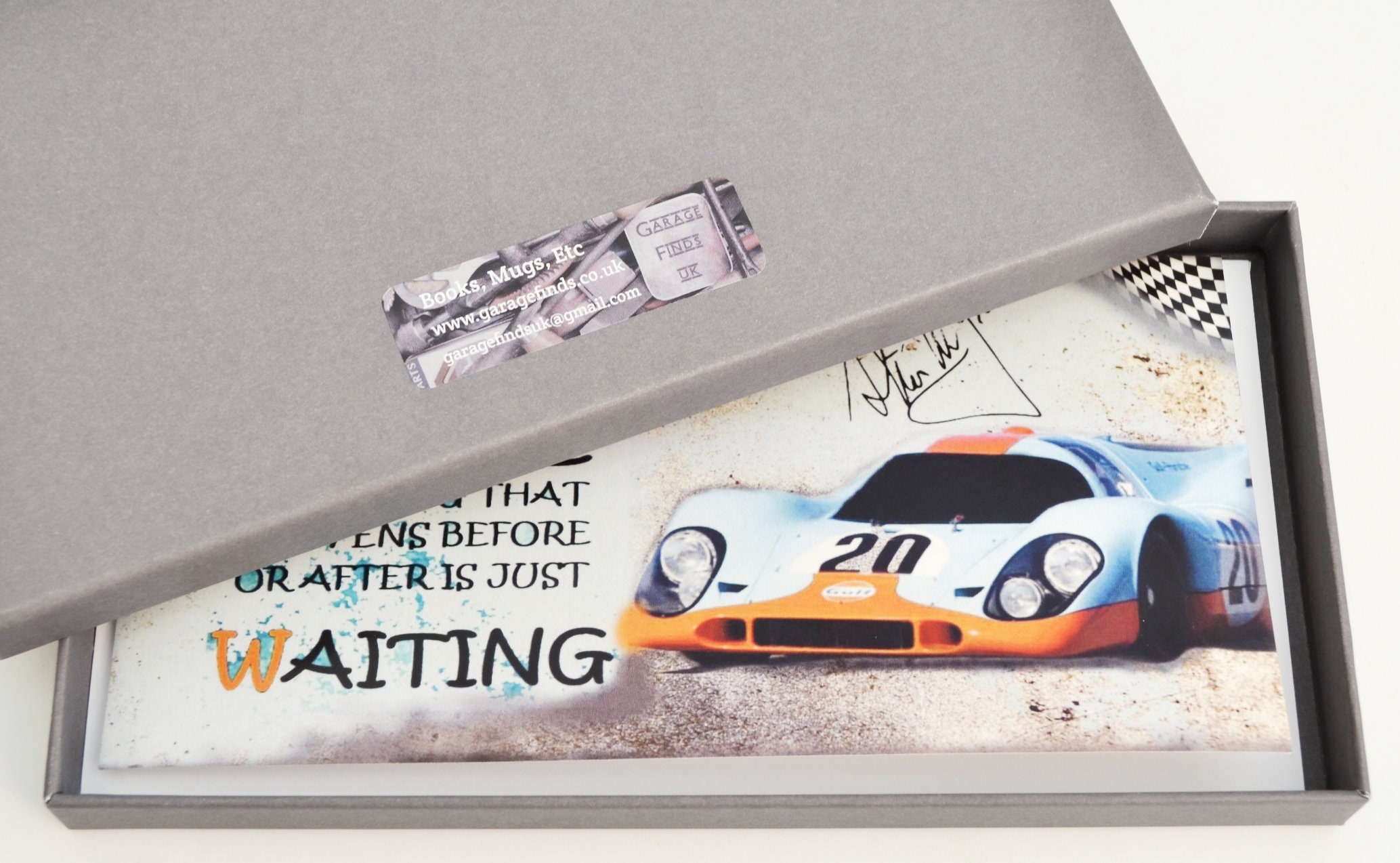 McQueen considered being a professional race car driver. He had a one-ff outing in the British Touring Car Championship in 1961, driving a BMC Mini at Brands Hatch, finishing in third. In the 1970 12 hours of Sebring race, Peter Revson and McQueen won with a Porsche 908/02 in the three-litre class and missed winning overall by 23 seconds to the Ferrari 512S.

Quote reads: RACING IS LIFE ANYTHING THAT HAPPENS BEFORE OR AFTER IS JUST WAITING

Featuring striking colours of the Porsche 917 in the Gulf livery, this card is:

For my brother on his 60th birthday and he is still racing. So very apt for our way of life.