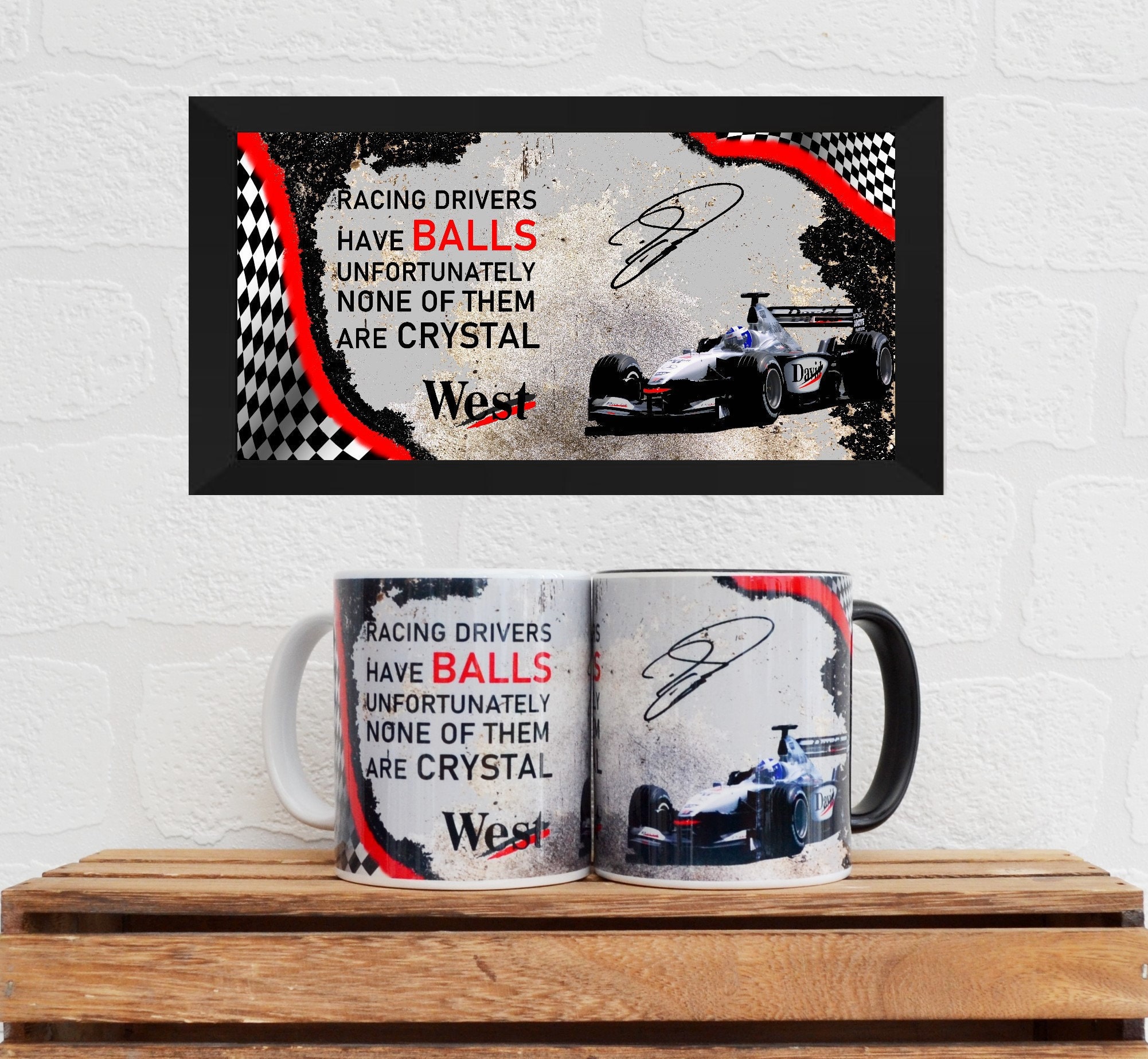 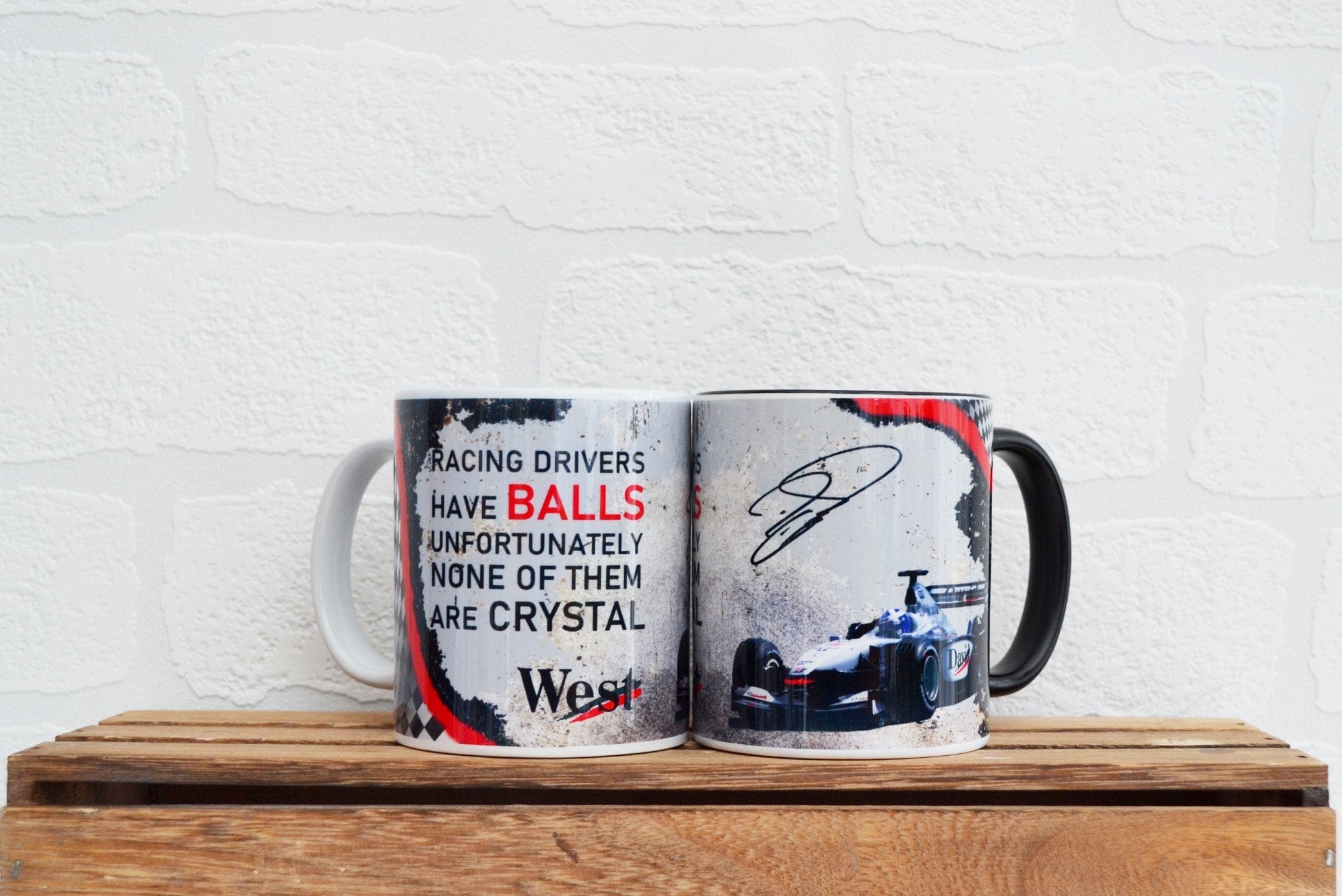 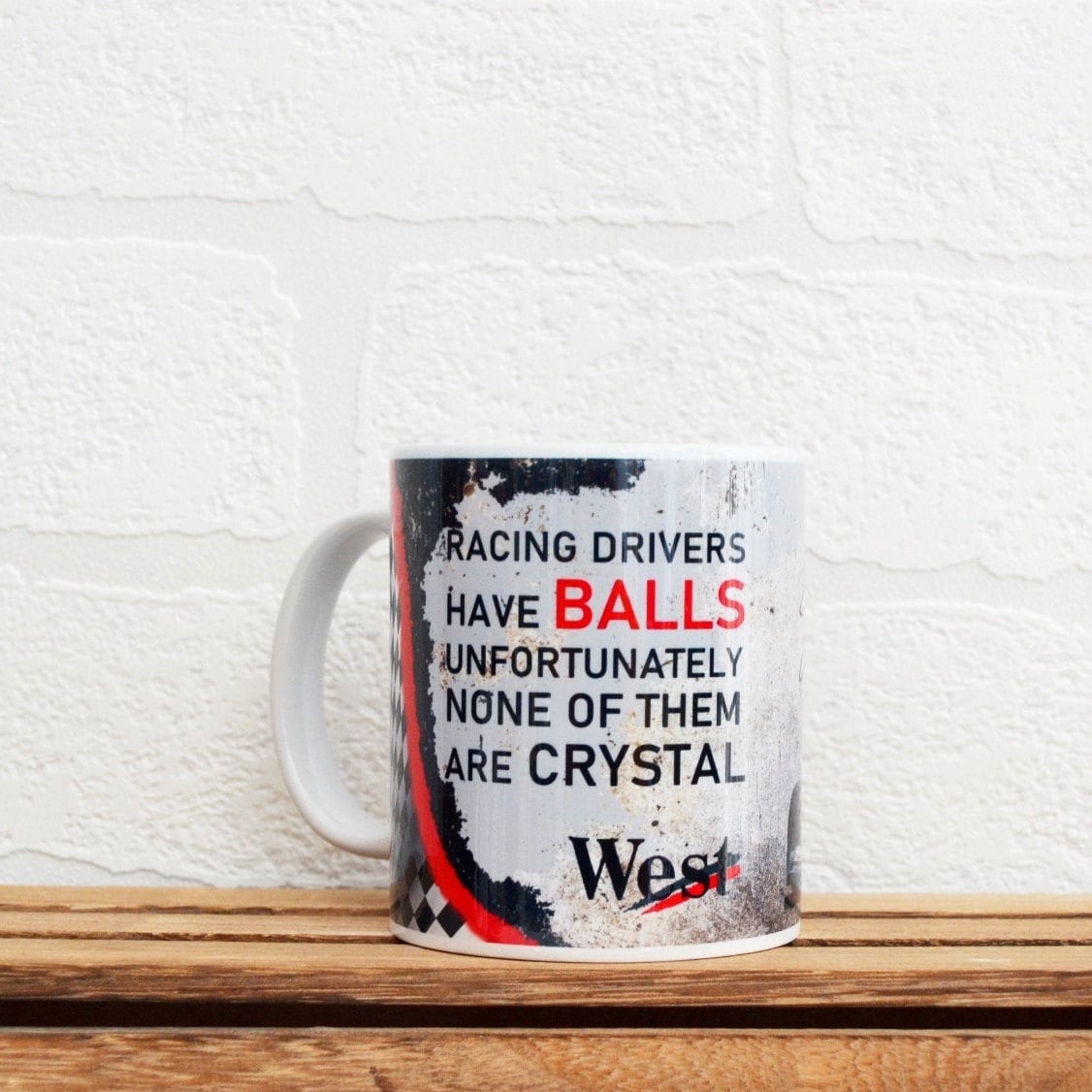 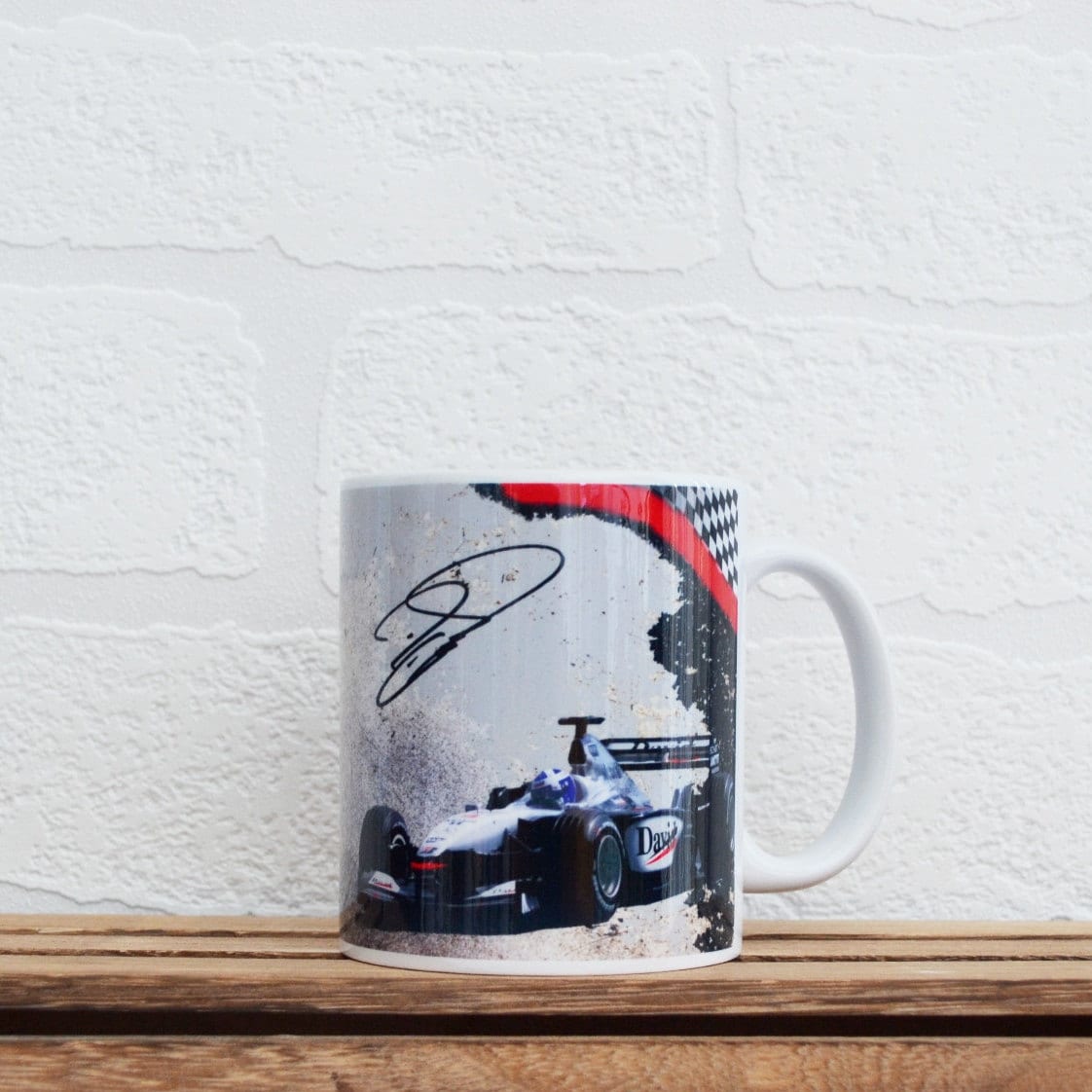 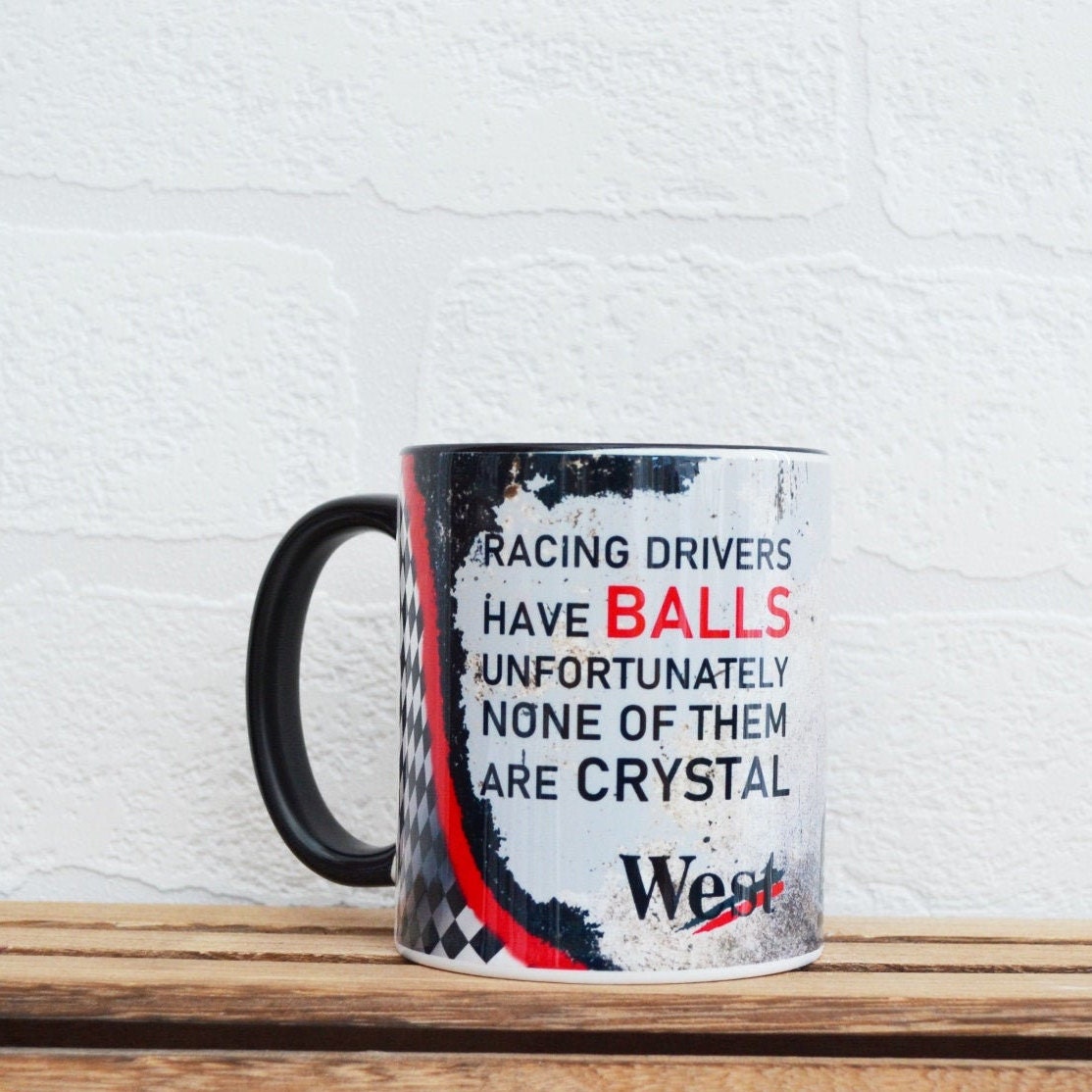 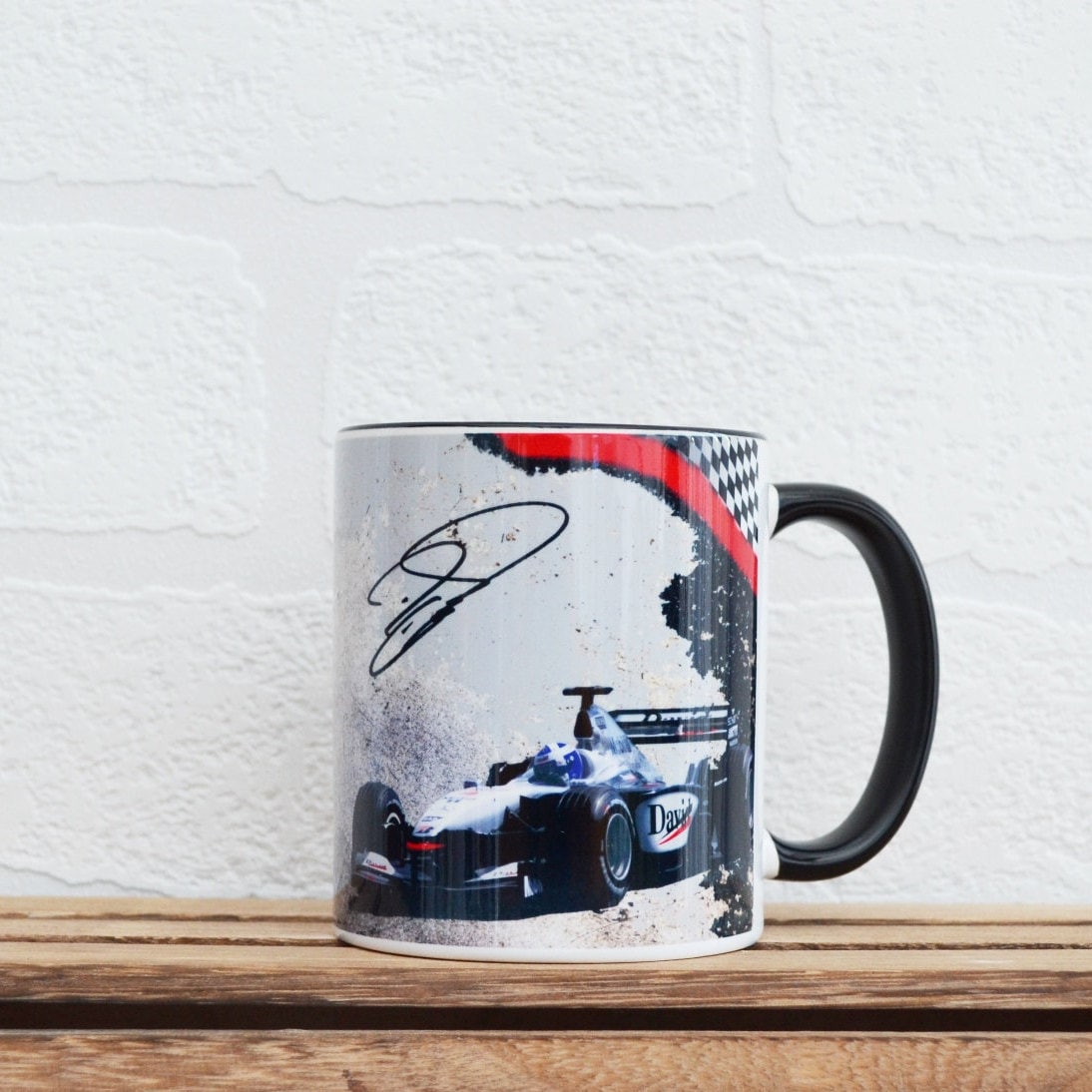 Lovely mugs that feature a David Coulthard quote and his McLaren F1 Car
Quote: Racing Drivers have Balls, unfortunately, none of them are Crystal

David Coulthard made he F1 debut with Williams in 1994 after Aryton Senna's death at the previous round. He was very much a number 2 driver and partnered some great drivers over the years (Damon Hill, Mika Hakkinen, Kimi Raikkonen and Mark Webber) and raced at 3 different teams Williams, McLaren and Red Bull. He never won a F1 World Championship, but did come second once and third on 4 other occasions. He retired from Formula 1 in 2008 with 246 race starts, 13 wins, 62 podiums, 12 pole positions and 18 fastest laps.

He has also raced in 3 other forms of Motorsport in 1990 he had a one off race in the British Touring Car Championship with Vauxhall Motorsport in a Vauxhall Cavalier at Brands Hatch where he finished in 13th place. In 1993 he raced at the 24hrs of Le Mans with TWR Jaguar Racing in a Jaguar XJ220, the car was DSQ from the race. After he finished in F1 he raced in DTM for 3 seasons finishing 16th place twice and 15th once all in a AMG-Mercedes.

At the end of 2008 he joined the BBC as a pundit alongside Jack Humphrey and Eddie Jordan, and in 2010 started commentating alongside Martin Brundle. He now presents coverage and commentates with Ben Edwards for Channel 4. With other fellow presenters Steve Jones, Mark Webber, Bill Monger and Lee McKenzie.

Please take a look at my website for more quotes...