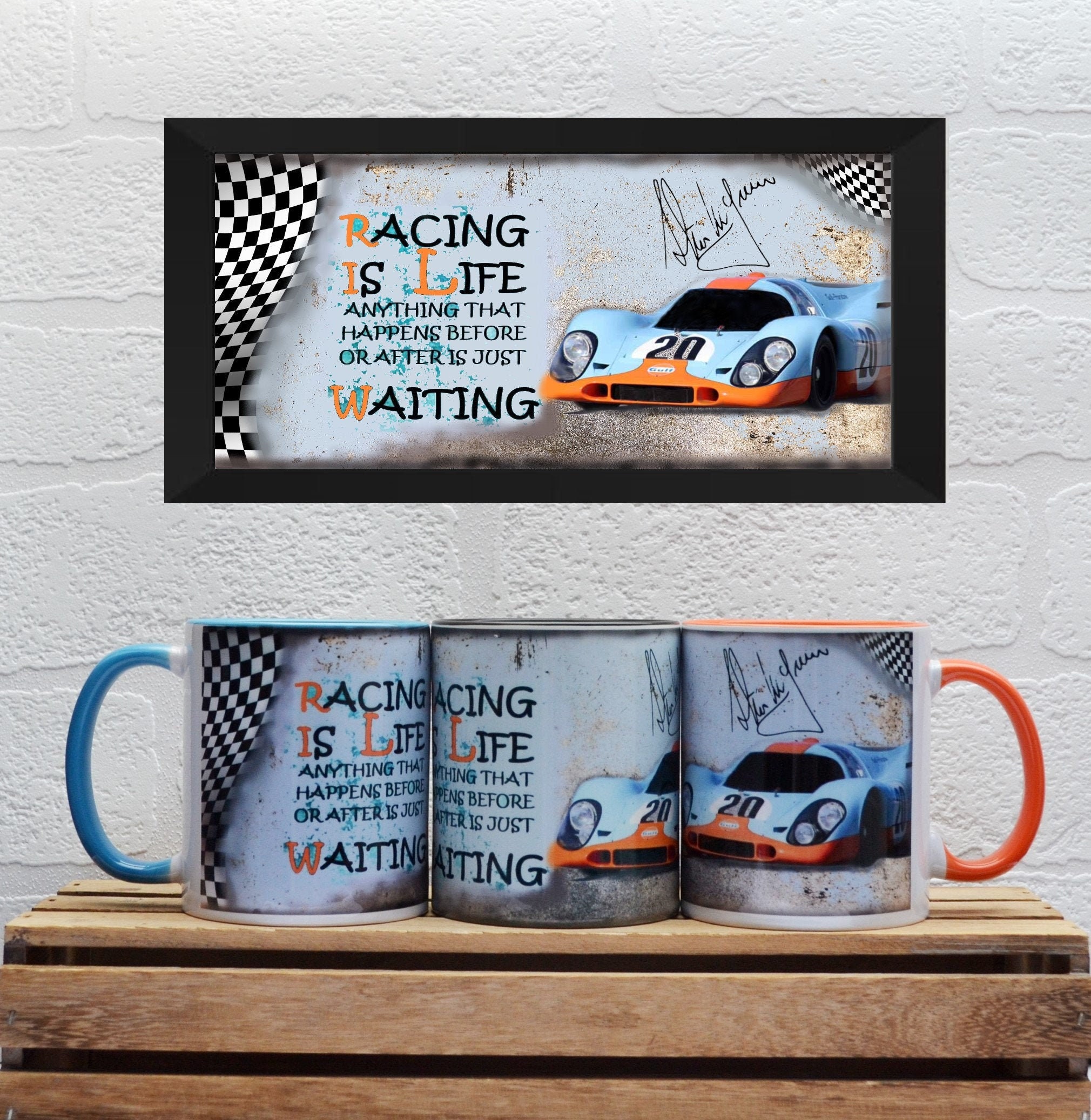 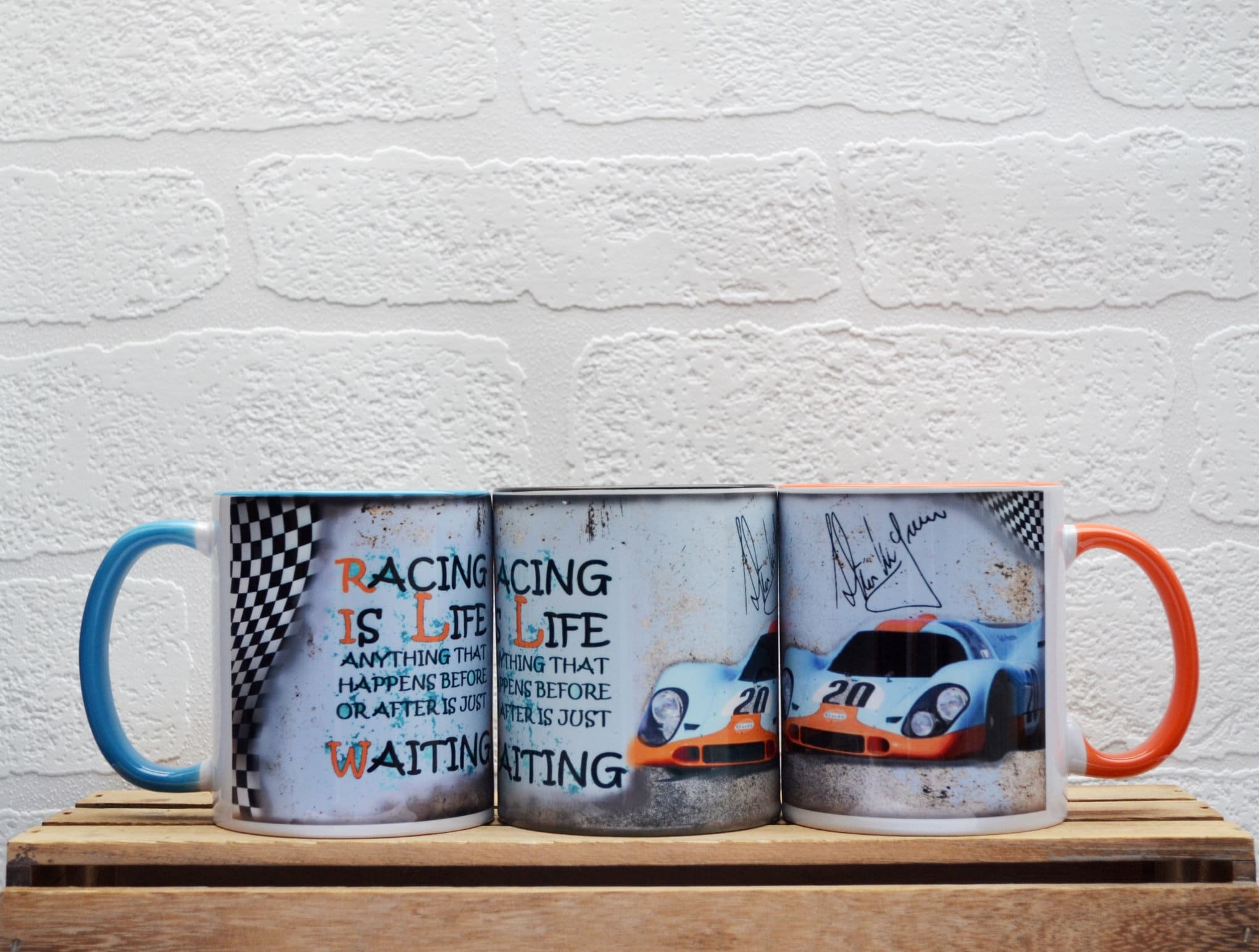 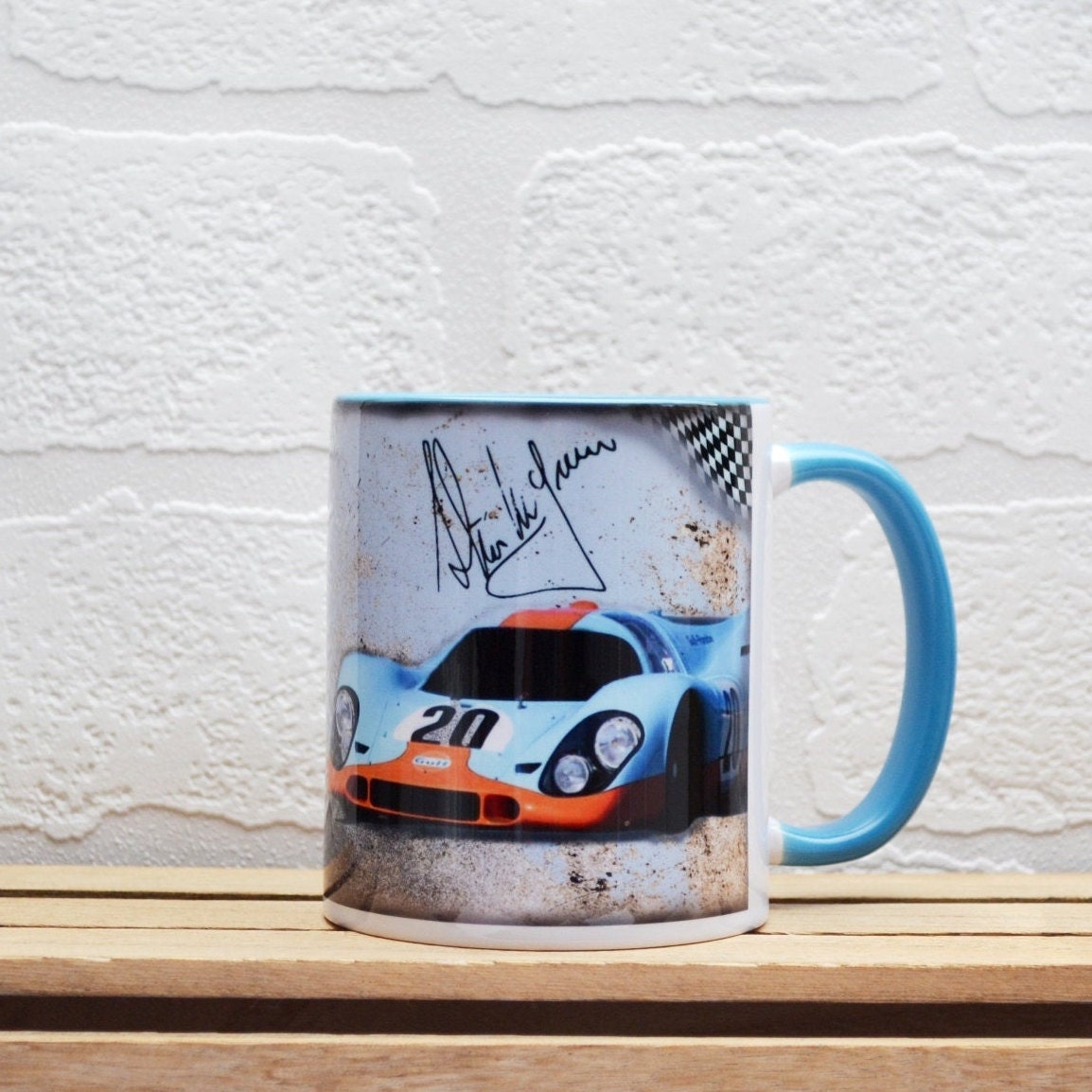 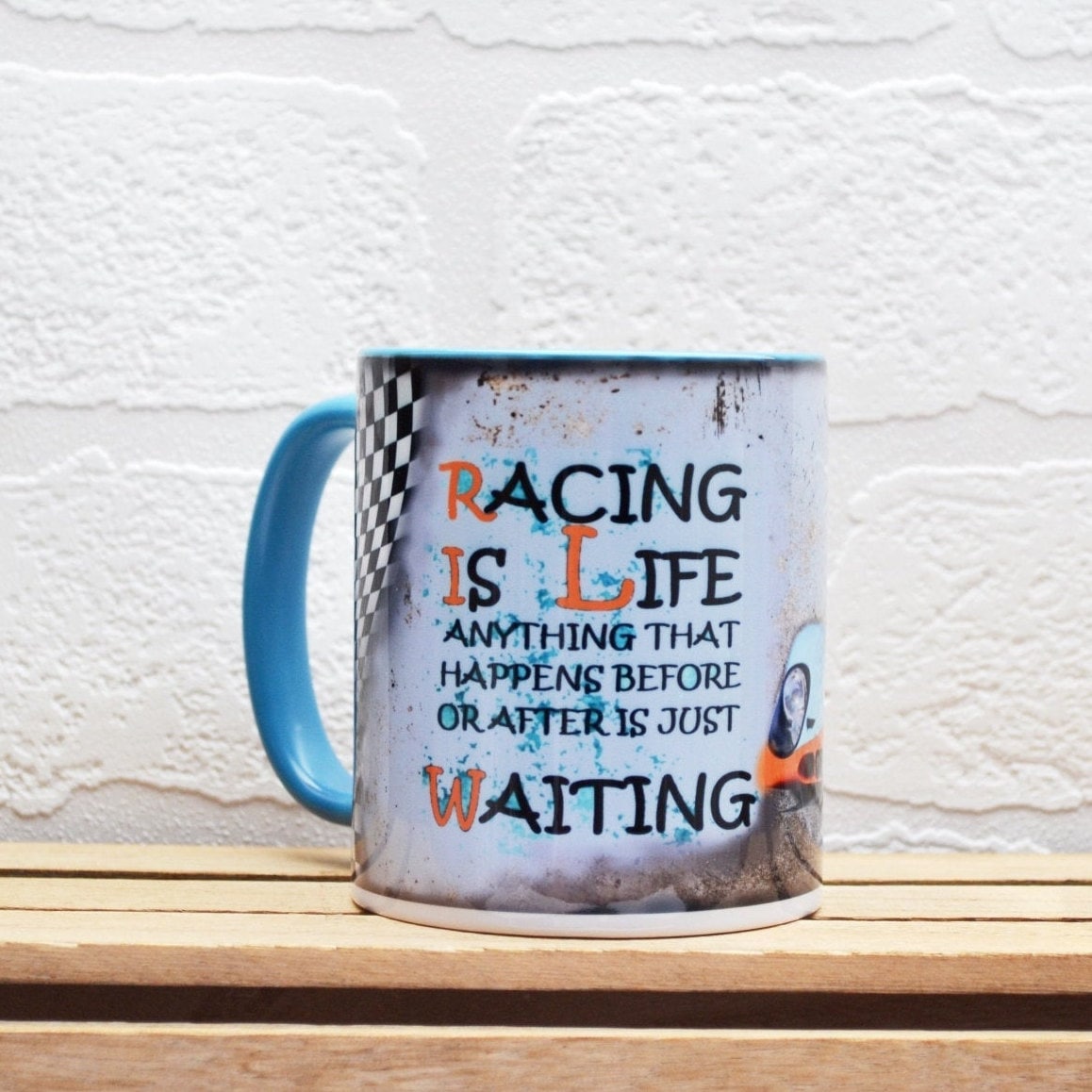 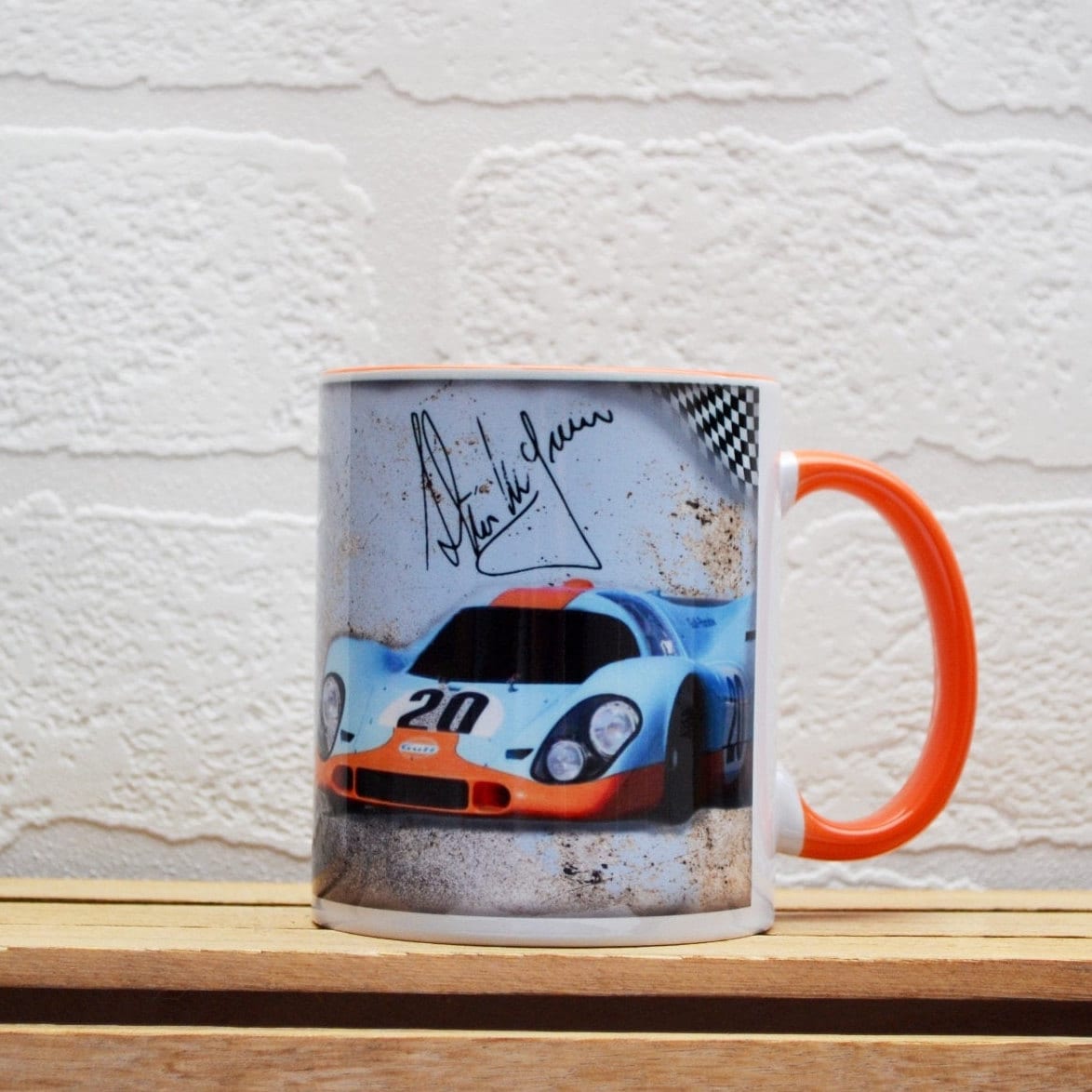 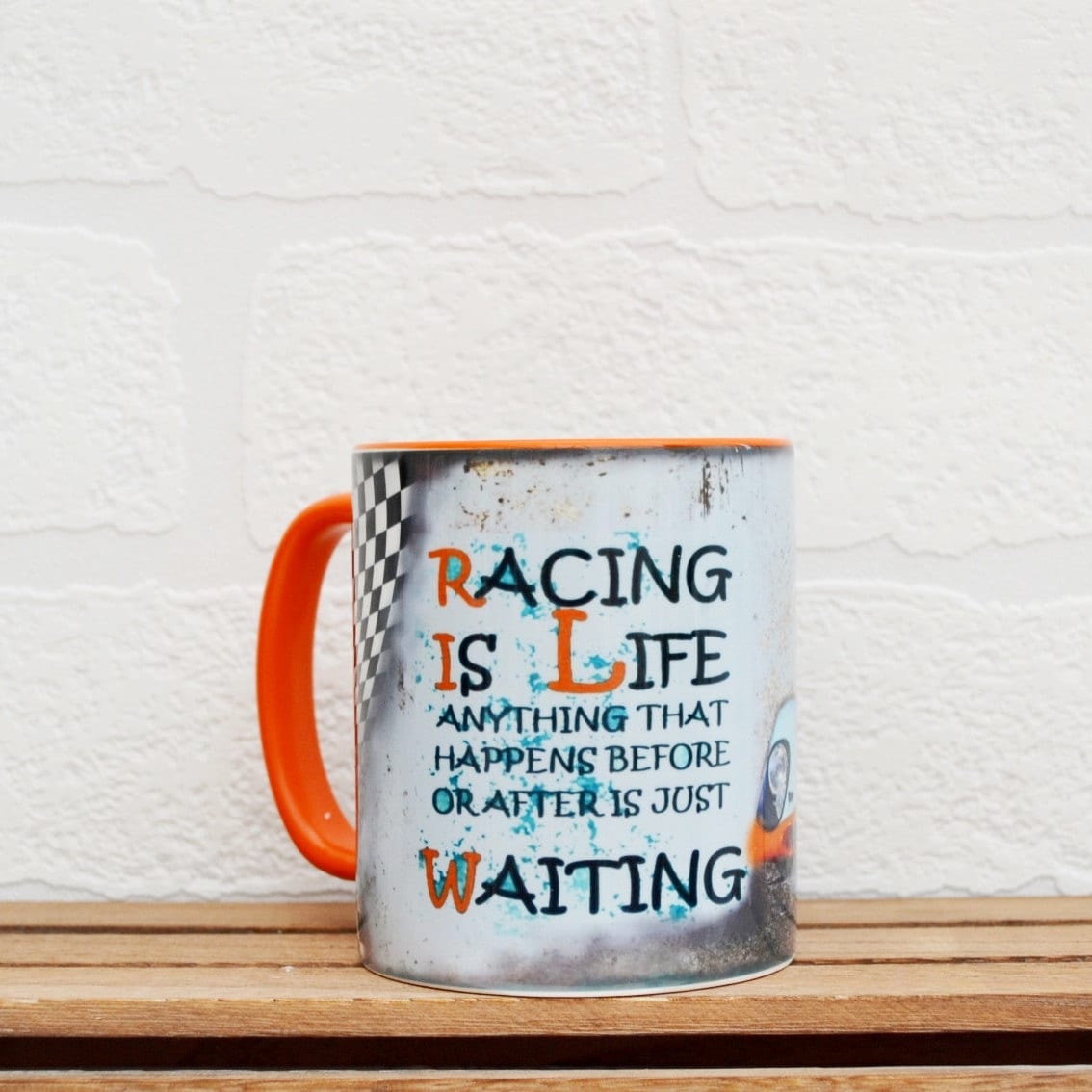 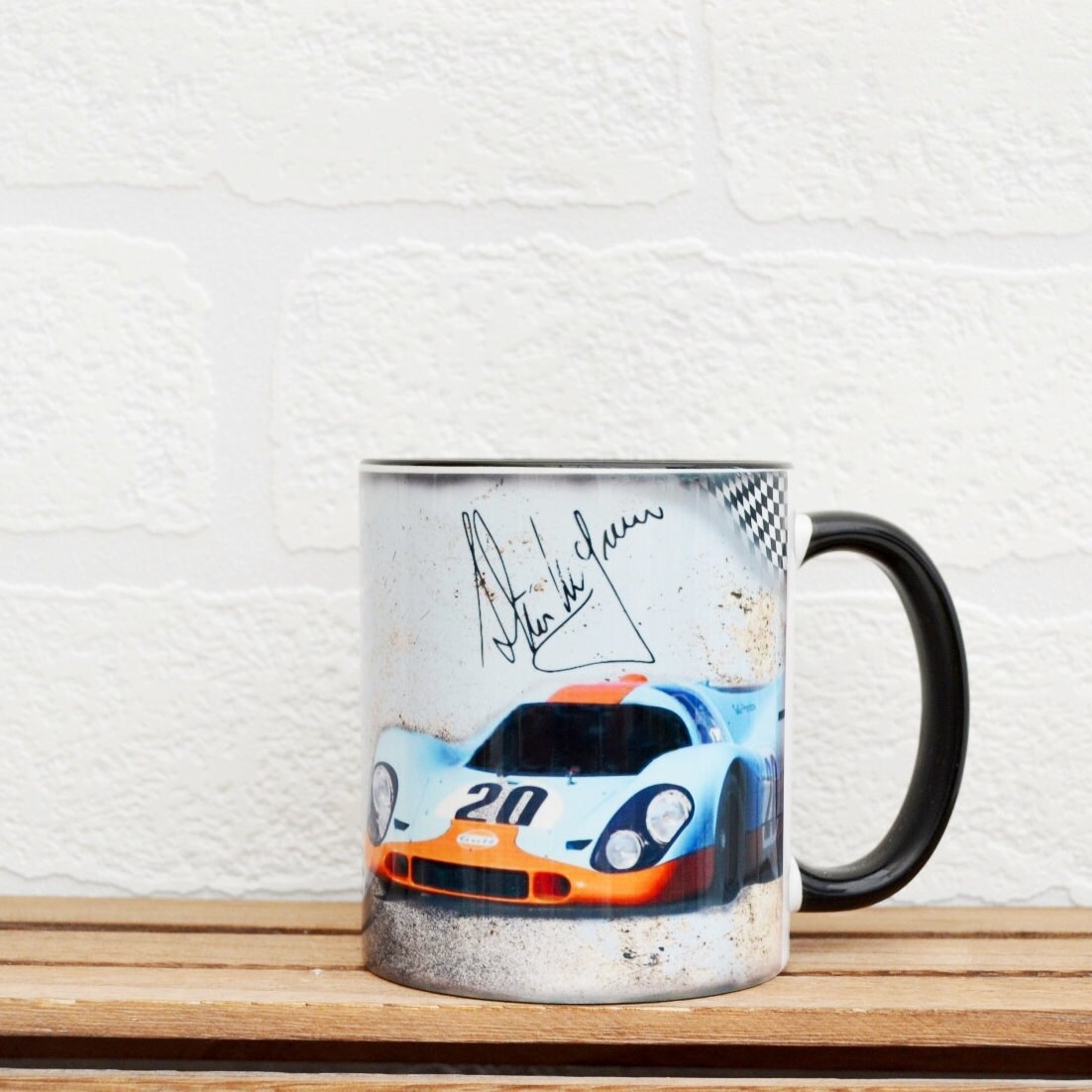 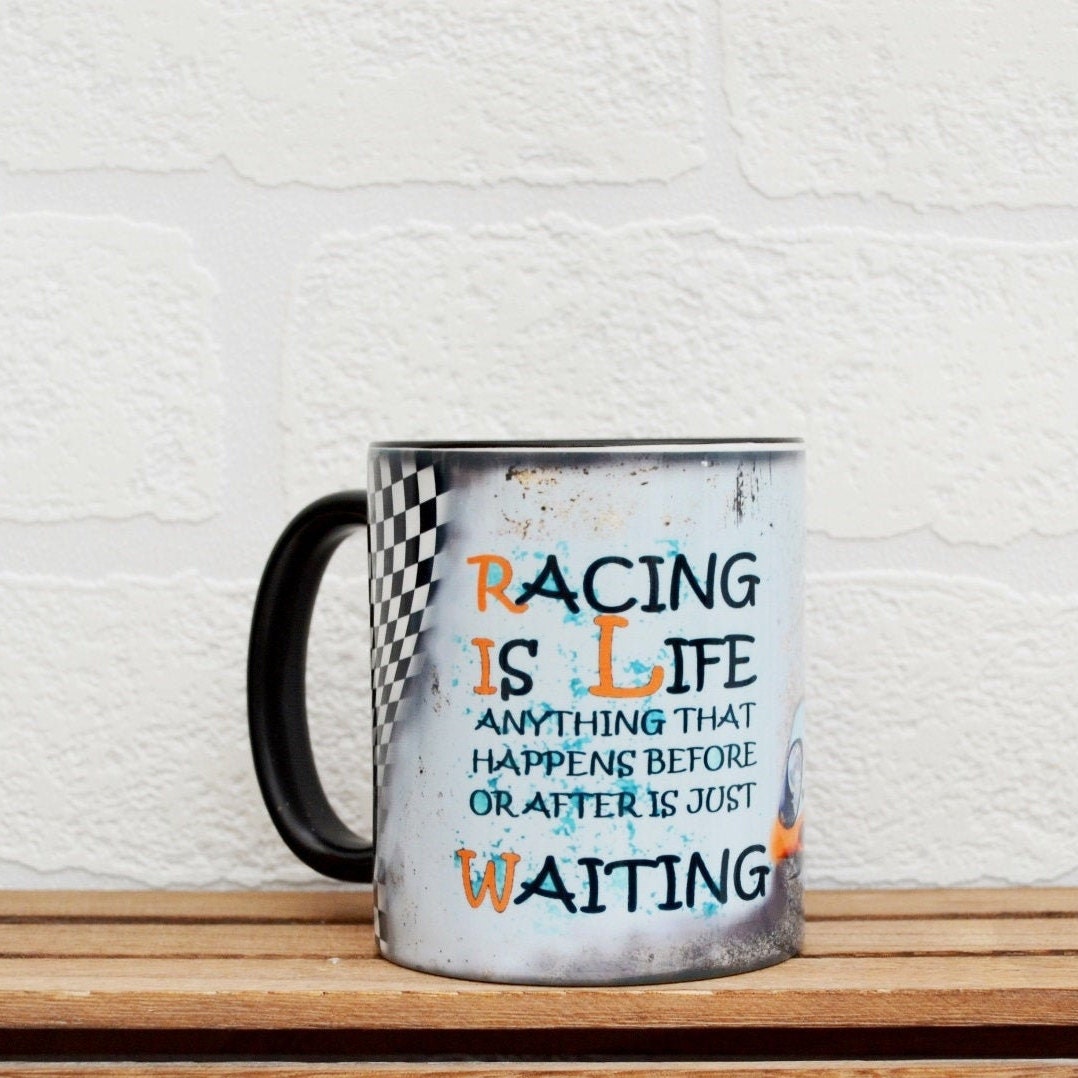 Lovely mugs that feature Steve McQueen quote and Porsche 917 which he drove in the Le Mans film.
Quote: Racing is Life, anything that happens before or after is just Waiting.

McQueen considered being a professional race car driver. He had a one-off outing in the British Touring Car Championship in 1961, driving a BMC Mini at Brands Hatch, finishing in third. In the 1970 12 hours of Sebring race, Peter Revson and McQueen won with a Porsche 908/02 in the three-litre class and missed winning overall by 23 seconds to the Ferrari 512S.

Please take a look at my website for more quotes...

Great looking mug. I would prefer a bigger mug but this was the largest I could get in this style

Order was despatched and delivered on time. I am very pleased with my purchase and it will be a very nice Christmas gift.