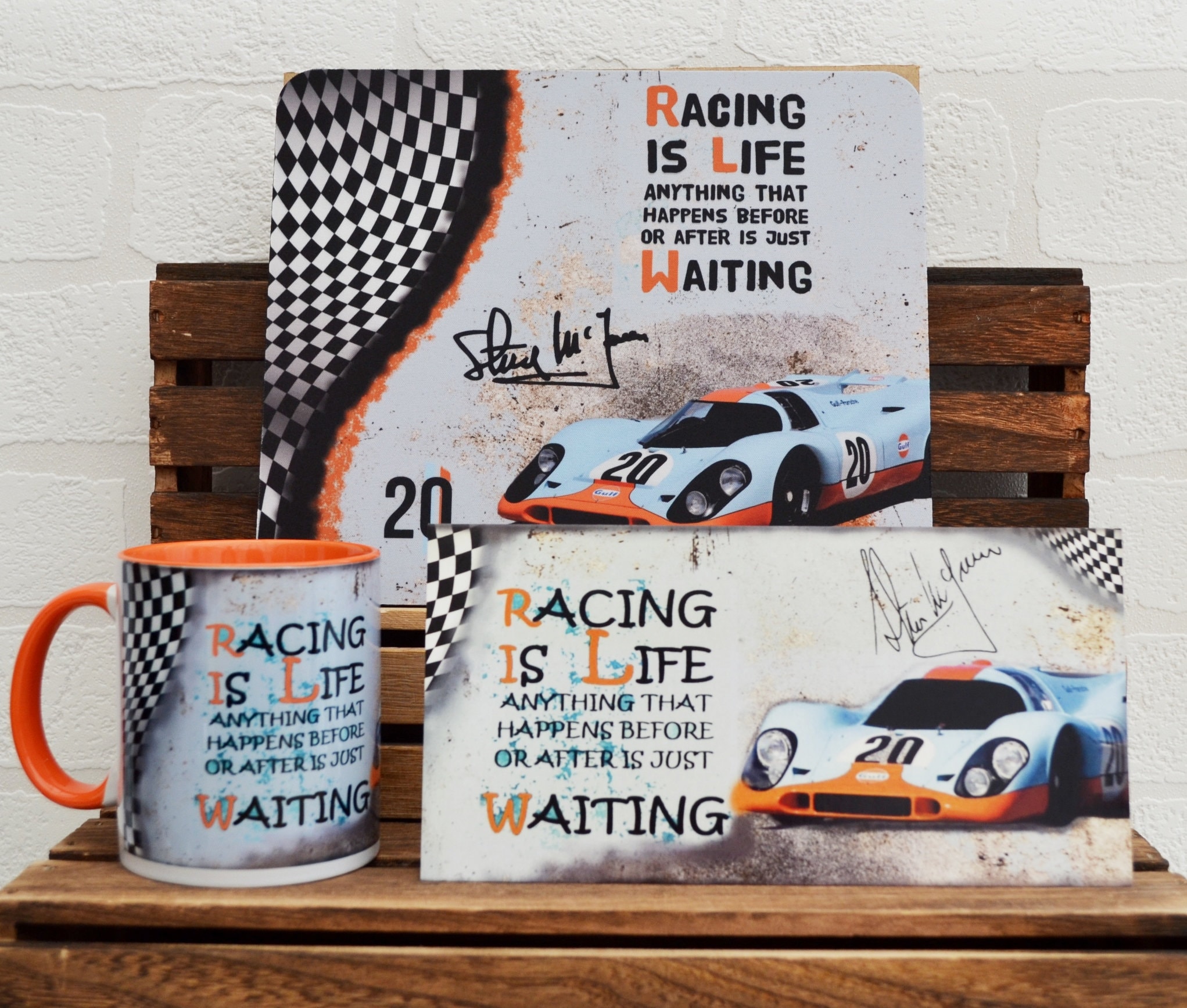 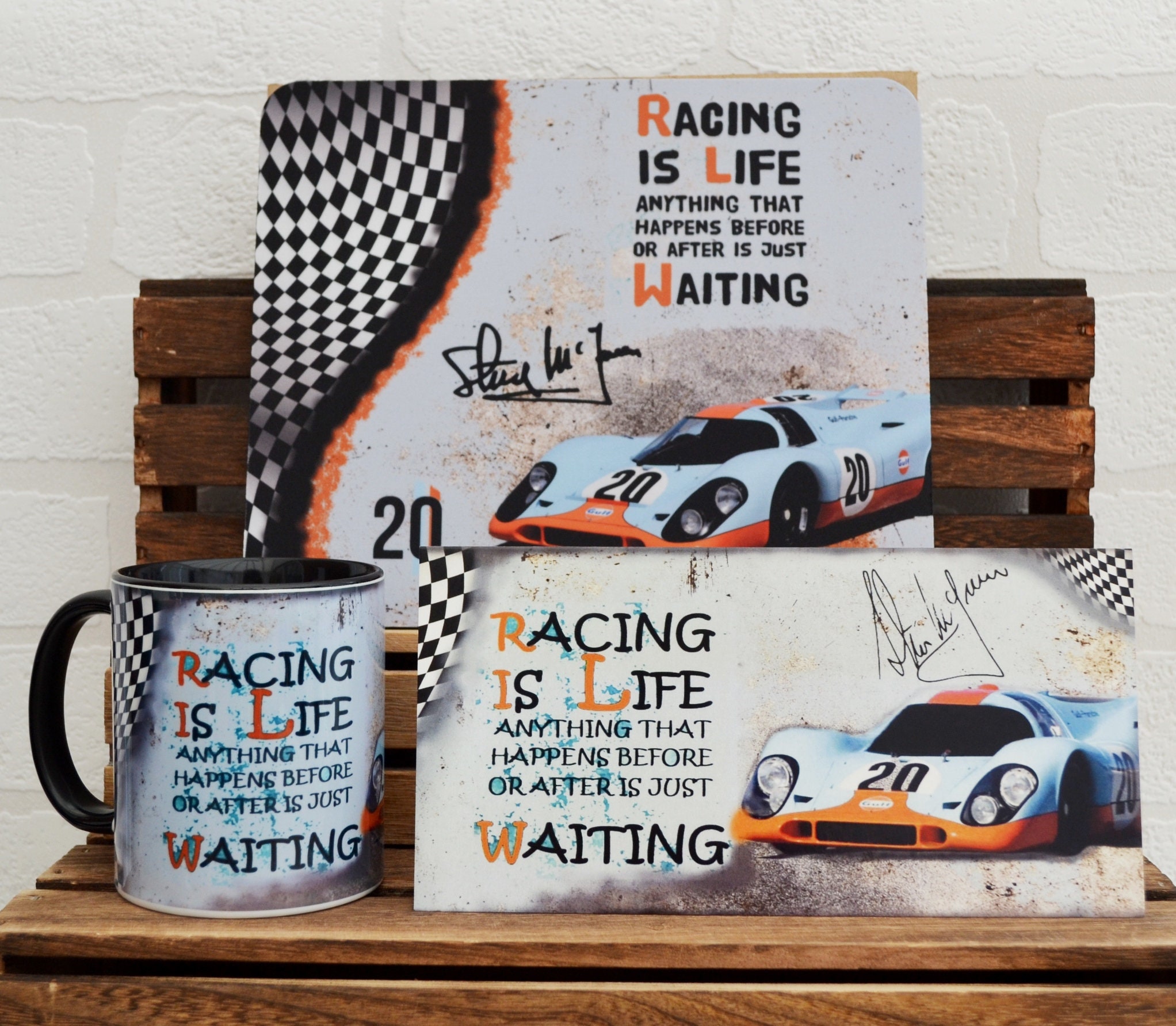 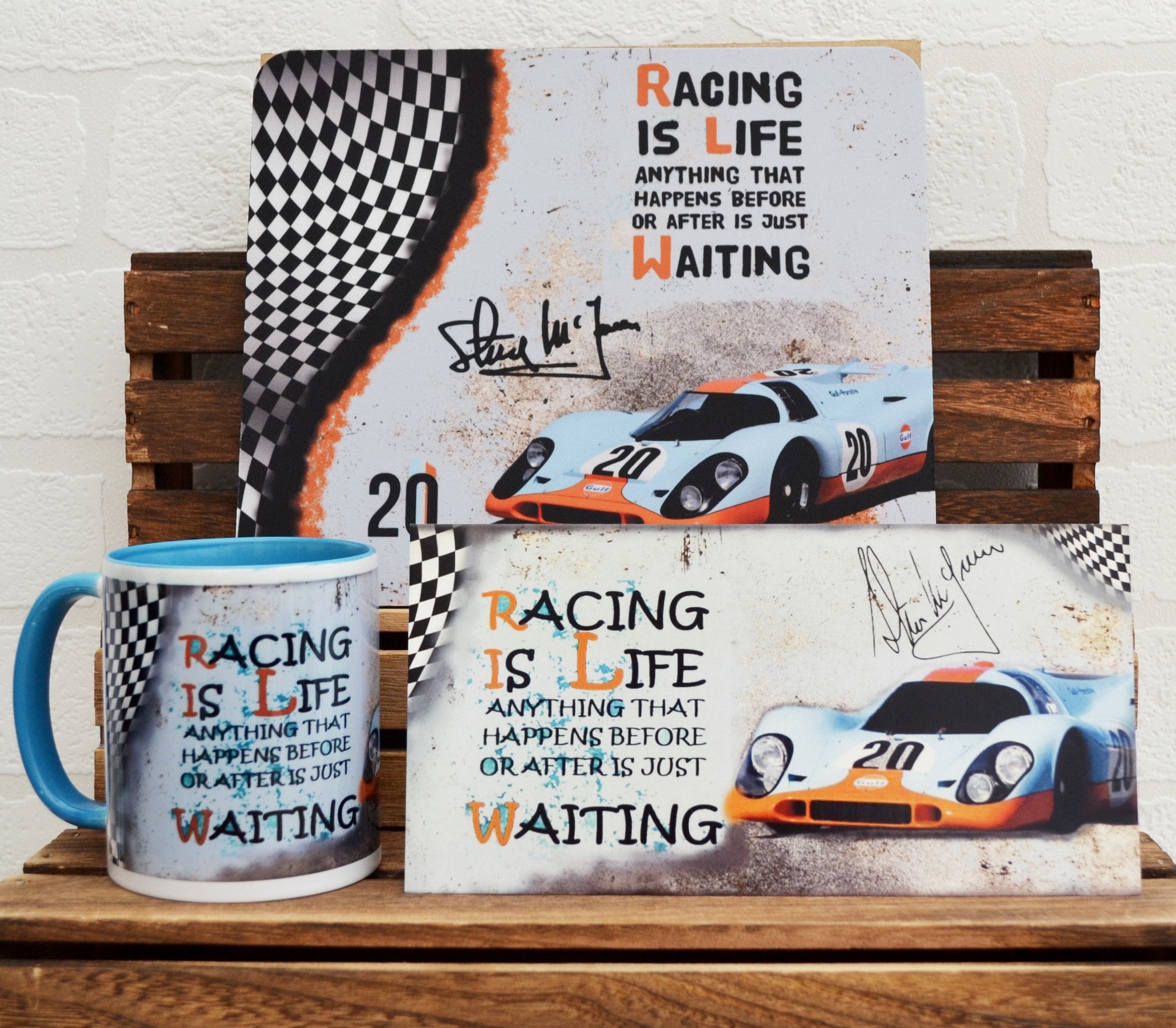 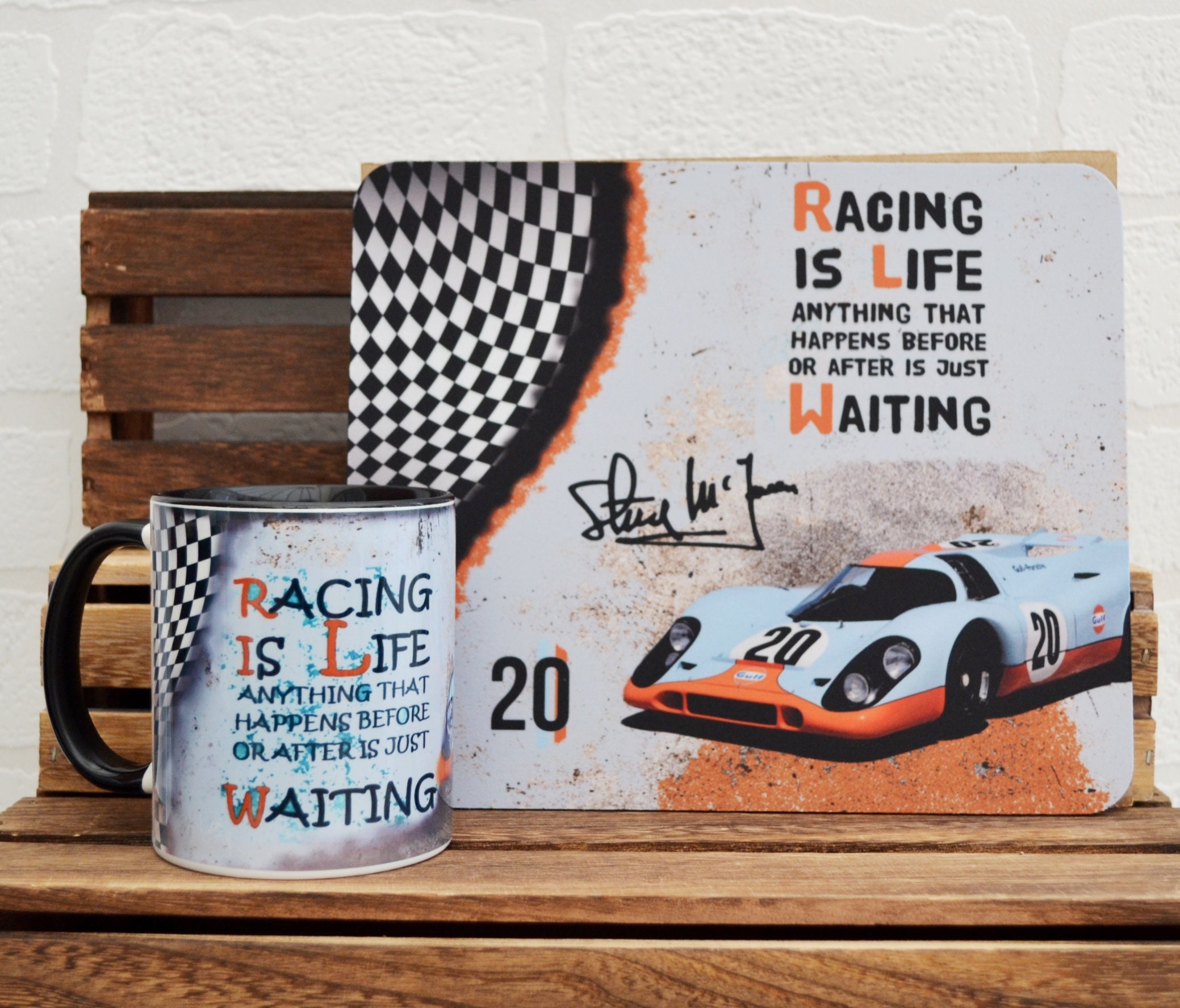 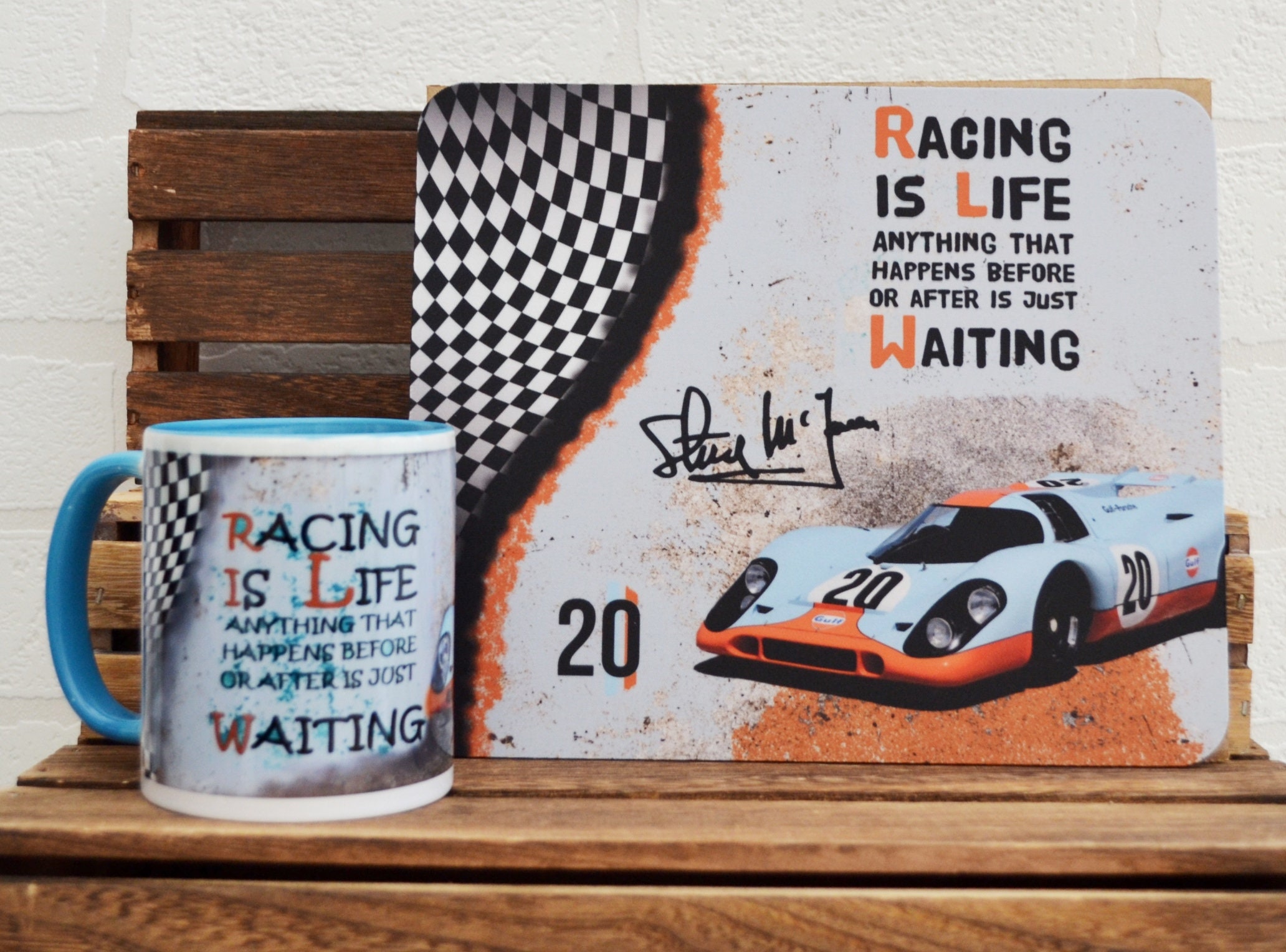 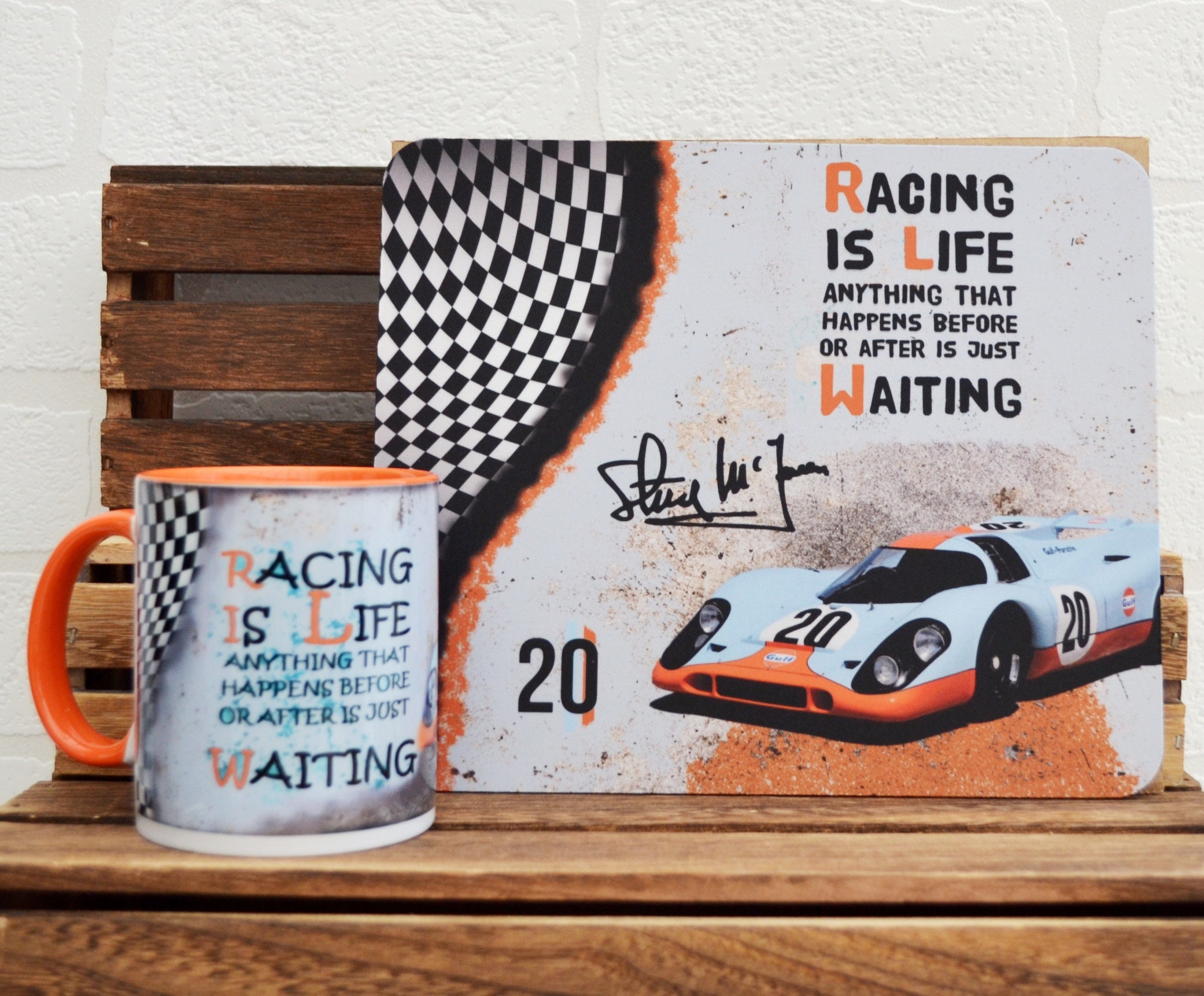 Lovely Gift Set which can include Mug, Mousepad, and Greeting Card that features a Steve McQueen quote and his Porsche 917 from the film Le Mans

Quote:
RACING IS LIFE, ANYTHING THAT HAPPENS
BEFORE OR AFTER IS JUST WAITING

McQueen considered being a professional race car driver. He had a one-off outing in the British Touring Car Championship in 1961, driving a BMC Mini at Brands Hatch, finishing in third. In the 1970 12 hours of Sebring race, Peter Revson and McQueen won with a Porsche 908/02 in the three-litre class and missed winning overall by 23 seconds to the Ferrari 512S.

Please have a look at my site for more Gift Sets

All of our mugs/mouse mats/coasters and Greeting Cards are designed and printed by ourselves using the latest sublimation techniques.

Each mousepad is made from a polyester fabric with a rubber backed base to grip against any hard surface.

Greeting Cards are:
• Printed on 310gsm card
• Custom Card Size (210 x 210) creased and folded
• Blank inside for your personal message
• Each card will be packaged with a Gift Box

Your Gift Set will be packaged securely to ensure safe delivery and will be sent via Royal Mail 1st Class Signed for (UK Purchases) and (International Tracked) for everywhere else.