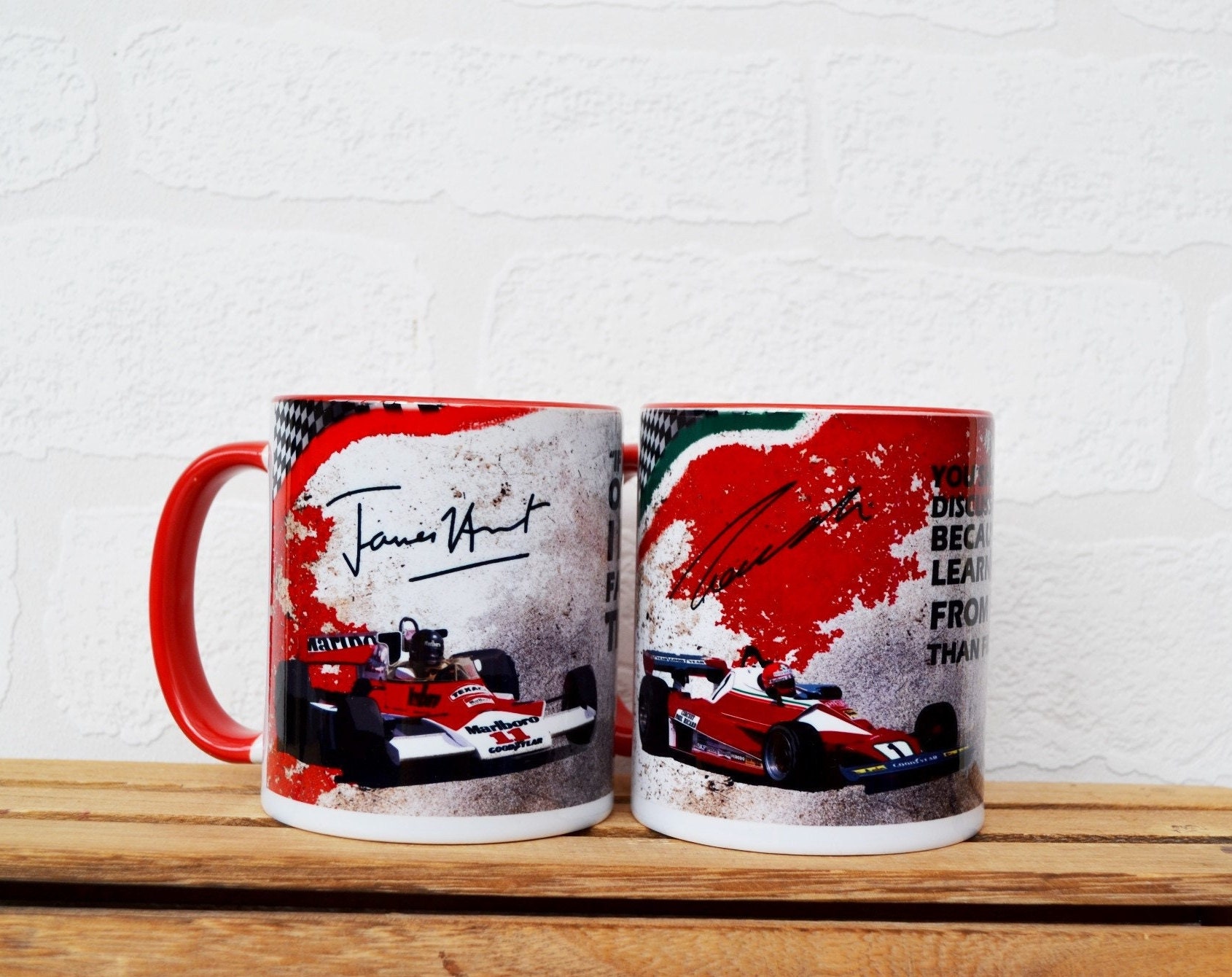 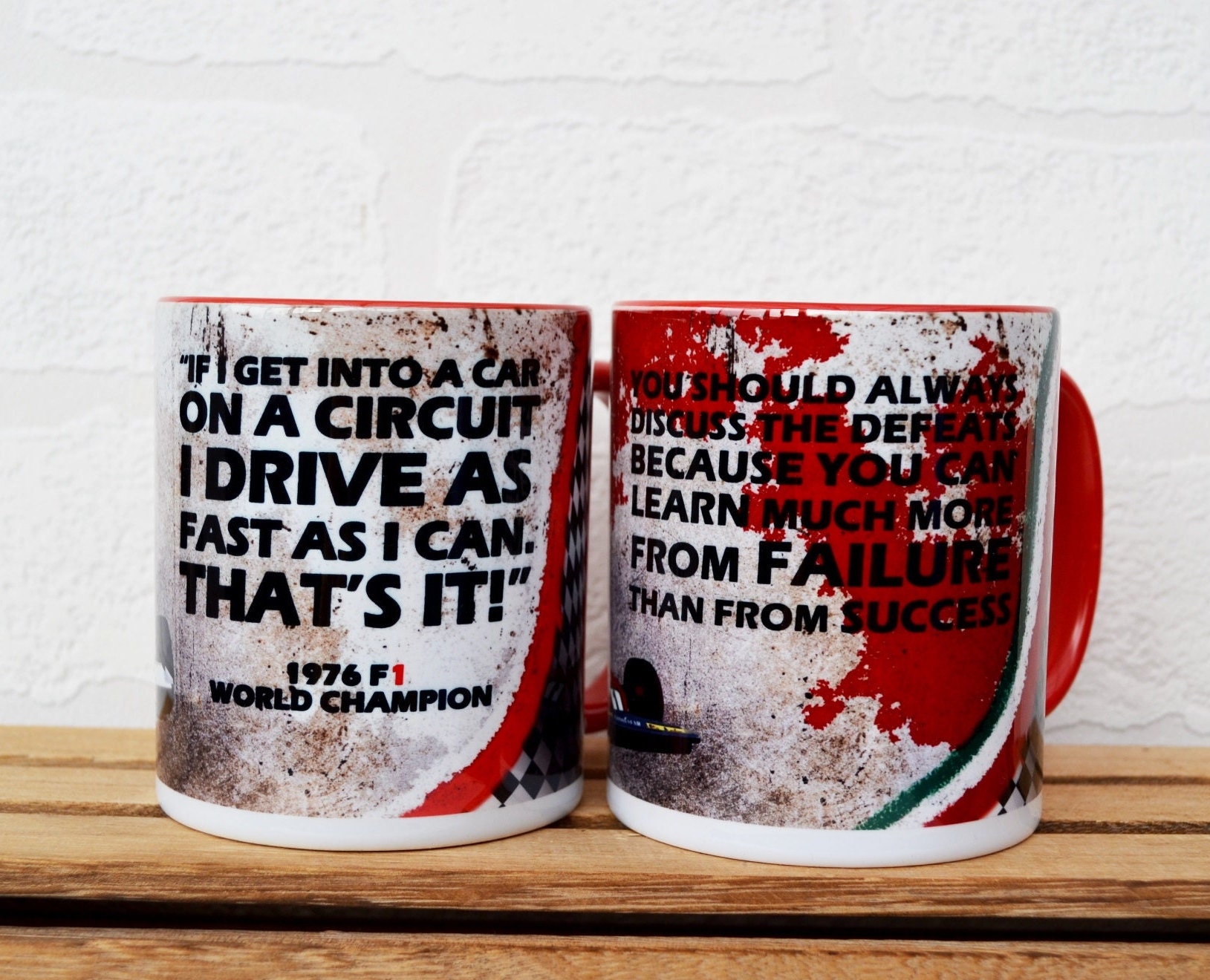 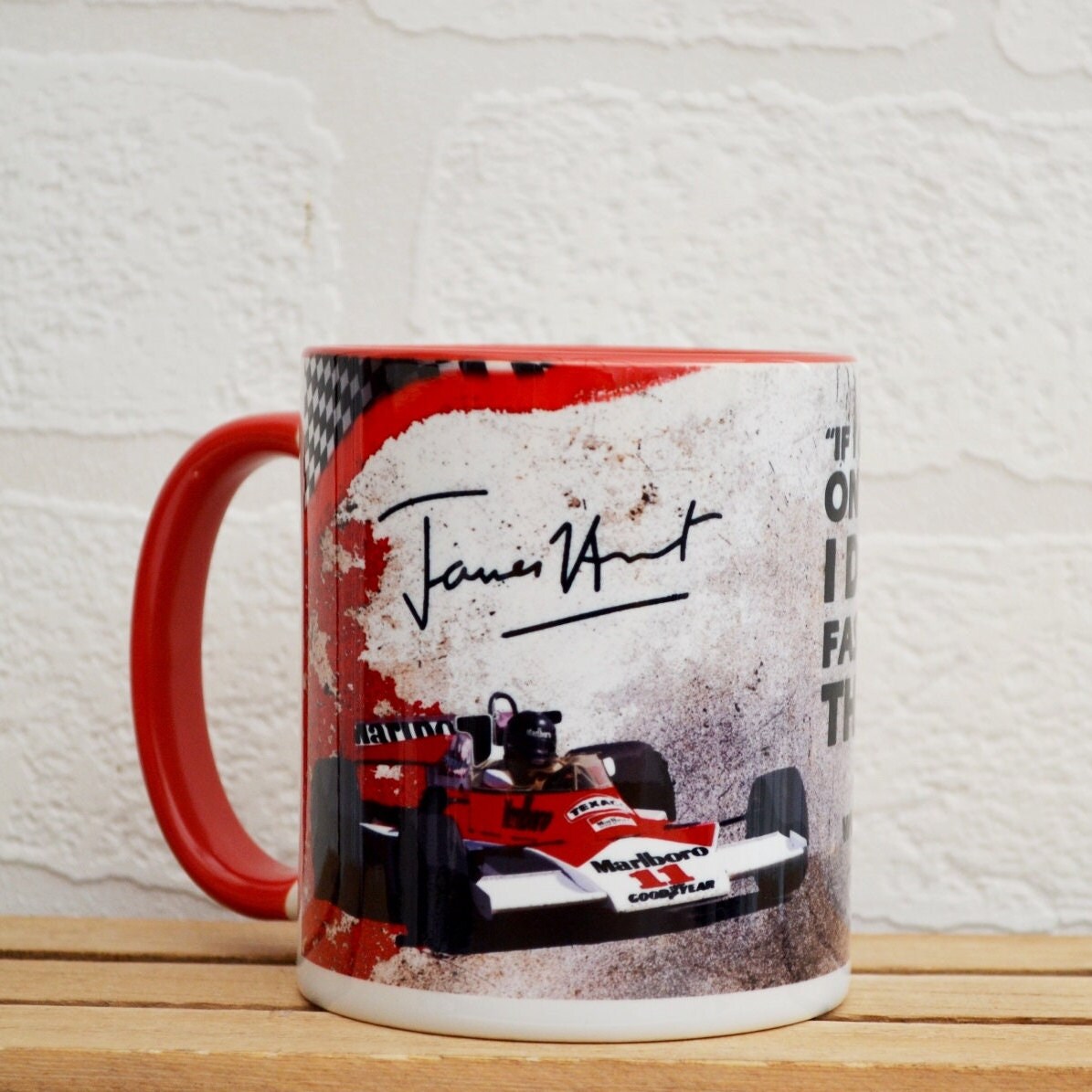 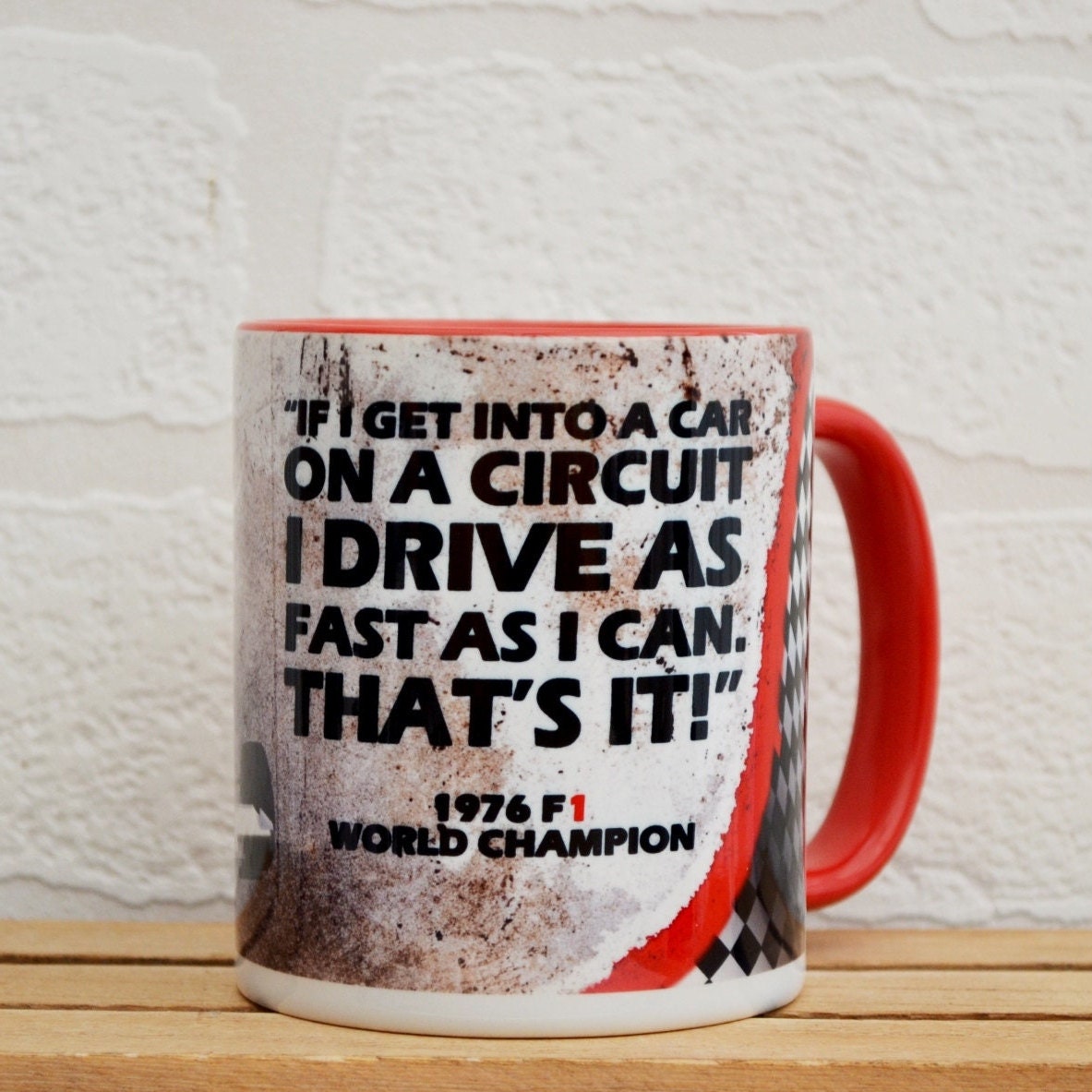 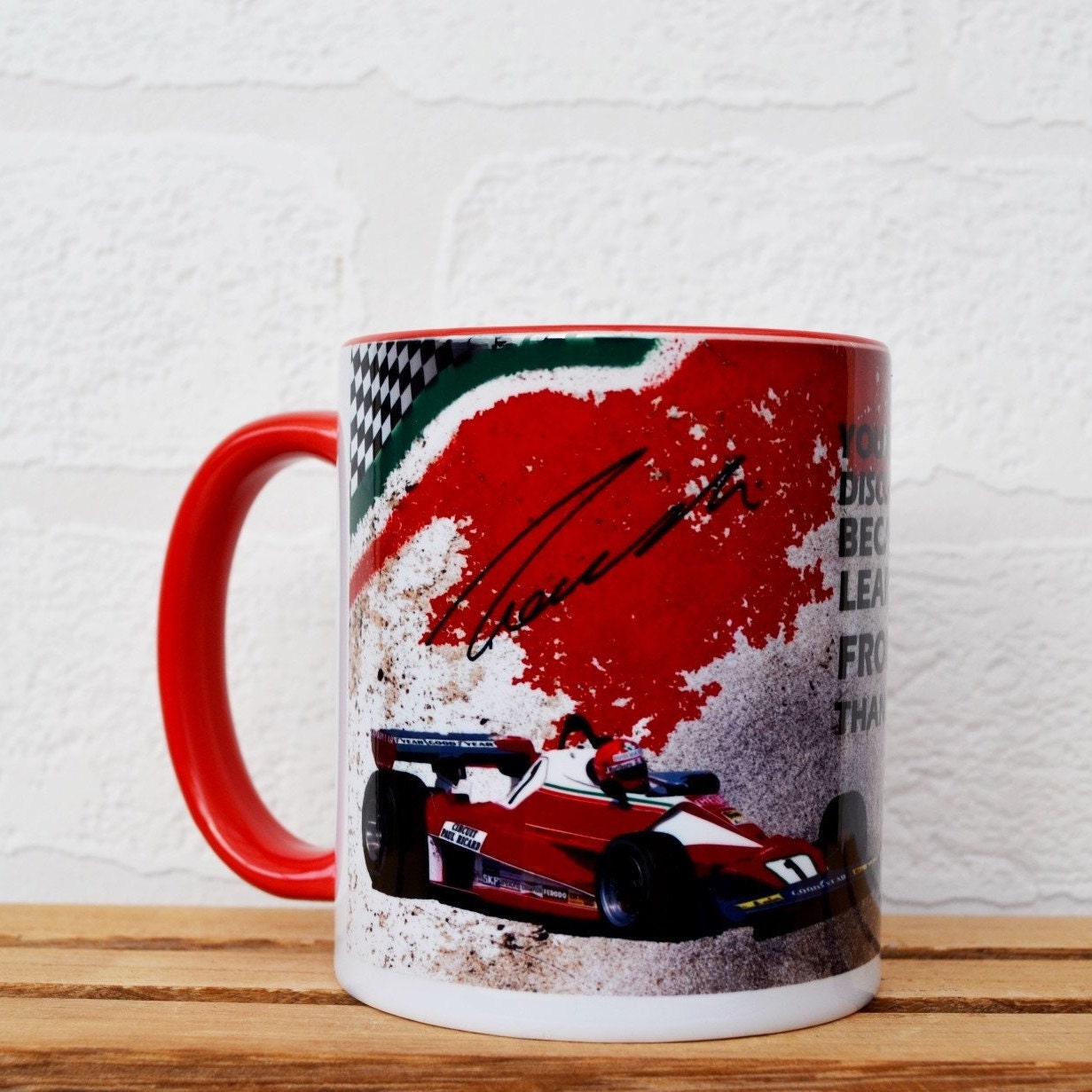 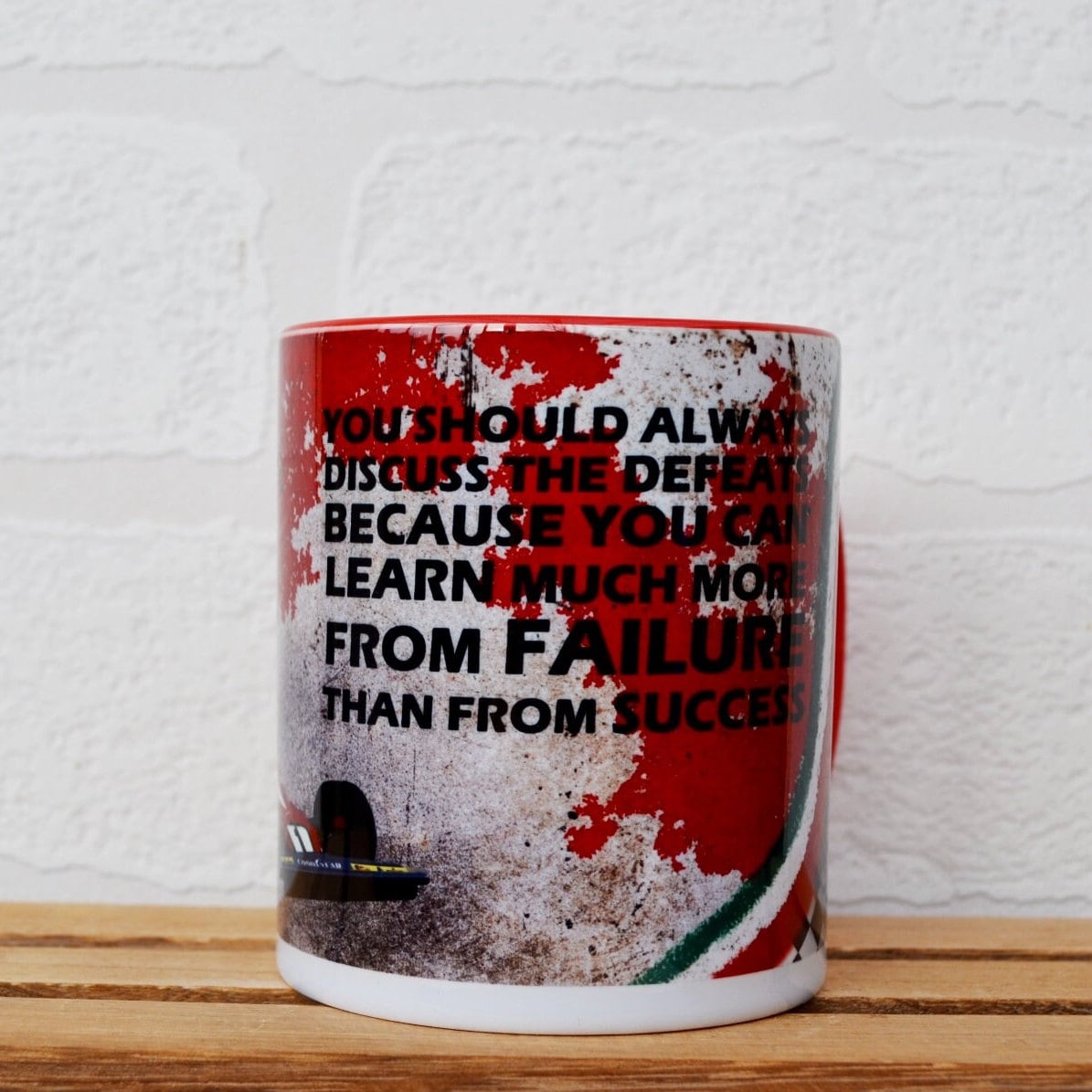 Hunt - McLaren-Ford
"IF I GET INTO A CAR ON A CIRCUIT
I DRIVE AS FAST AS I CAN. THAT'S IT"

In an extraordinary political and dramatic 1976 F1 Season, the World Championship went to James Hunt in his first season with McLaren by beating the defending Champion Niki Lauda by 1 point at the final race in Fuji, Japan. This was Hunts only F1 World Championship as he retired from racing in 1979.

Please look at my site for more quotes.

The diameter of the mug is 81mm and the height is 96mm. Our mugs are also microwave and dishwasher safe and long lasting, but it’s always best to hand wash to keep the design fresh.