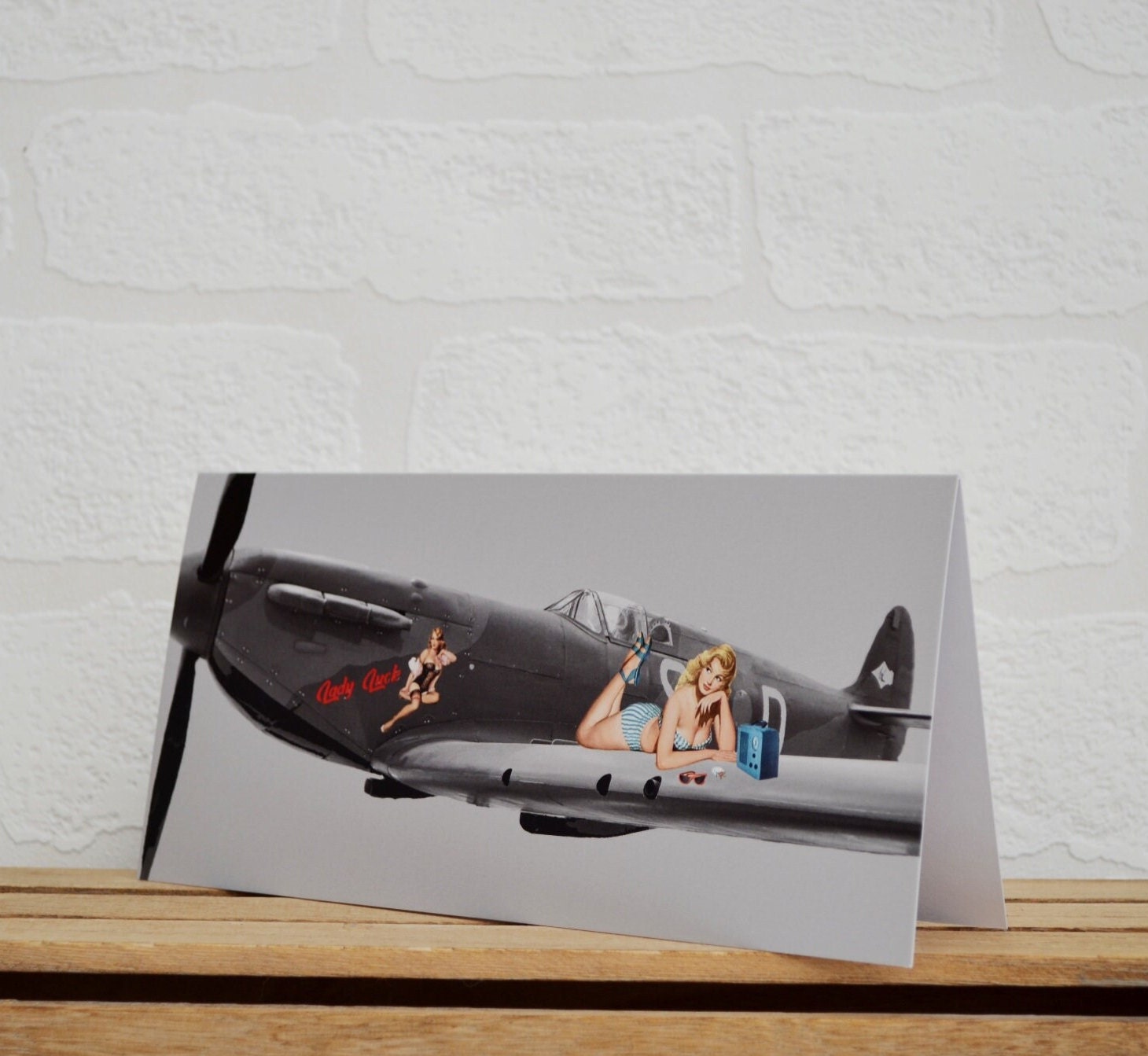 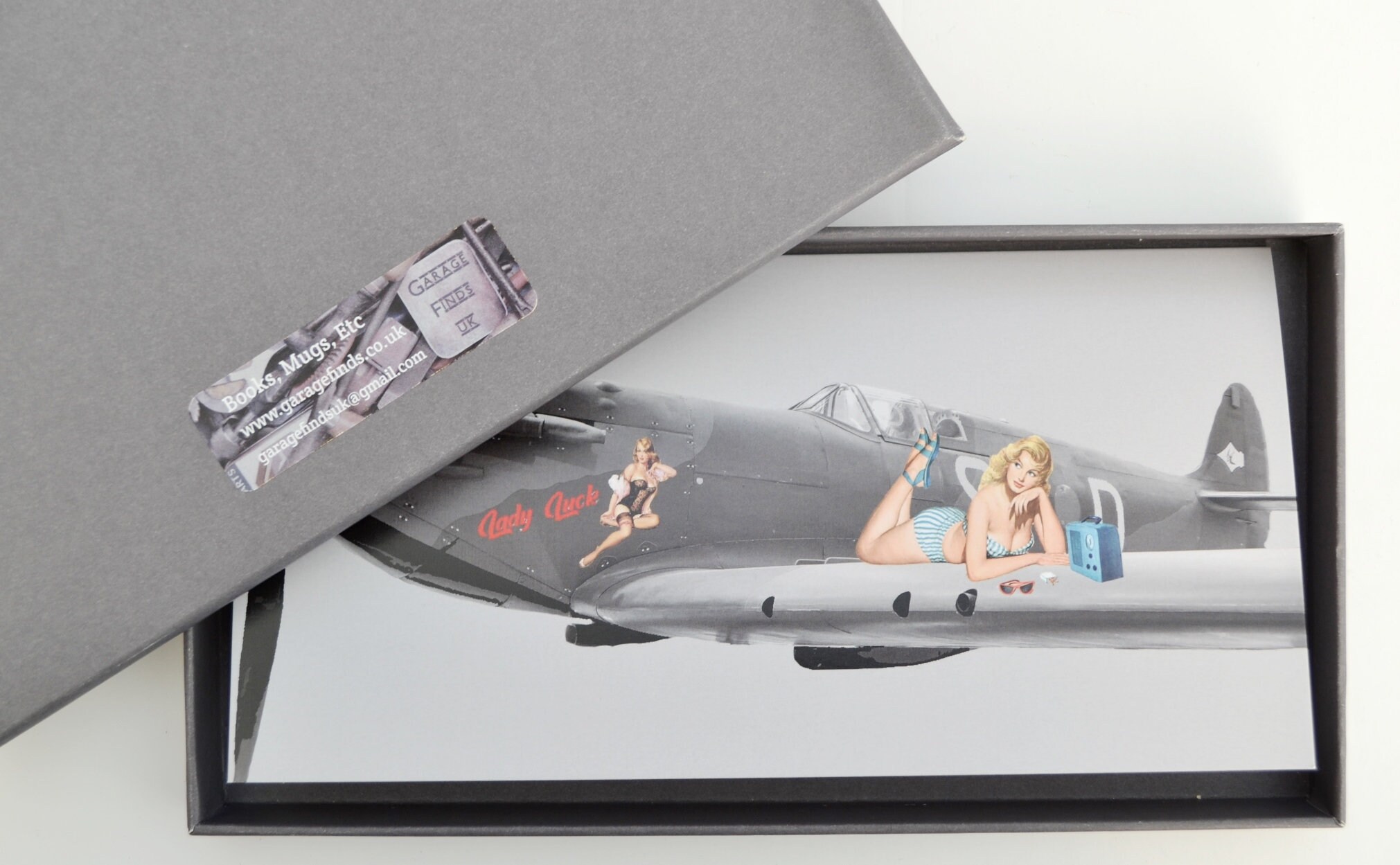 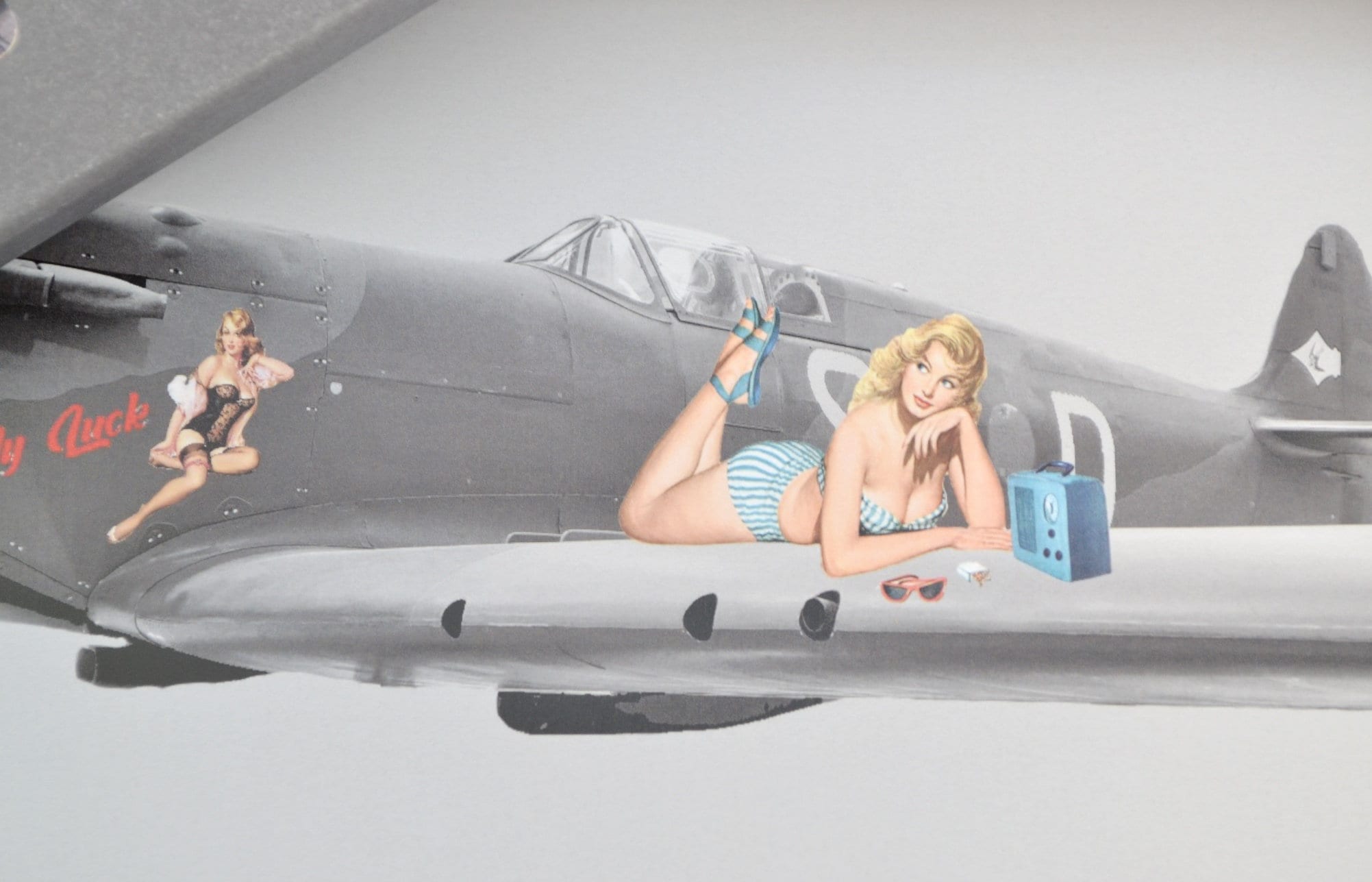 More than any other aircraft, the Spitfire has become a much-loved symbol of winning against the odds. Designed by RJ Mitchell, it's speed, agility and firepower made it one of the RAF's leading fighter aircraft of the Second World War.

At the beginning of the Battle, RAF fighter pilots flew in formations developed by peacetime. Many found these to be placing them at a disadvantage, so they adopted the German fighter tactics of the 'Schwarm'.

This is the world's oldest surviving Spitfire (image taken for Pin Up Card) and first flew in April 1939. Allocated to No. 72 Squadron, it was regularly flown by James Nicolson who went on to earn the only Victoria Cross awarded to RAF fighter command during the Battle of Britain. Damaged in June 1940, K9942 was repaired and used for training during the battle

Featuring striking colours of Black/Grey and a Colourful Pin Up Girl, this card is:
• Printed on 310gsm card
• Custom Card Size (210 x 210) creased and folded
• Blank inside for your personal message
• Each card will be packaged with an envelope and/or gift box